Known as “The Baddest Man of the 761st,” Warren G.H. Crecy was one of the most effective tank soldiers in the all-Black 761st Tank Battalion.

Warren G.H. Crecy joined the military sometime prior to Pearl Harbor. He was included in the 761st Tank Battalion, nicknamed The Black Panthers. For a period, the Black Panthers counted future baseball hall of famer Jackie Robinson in its ranks.

In training and overseas Crecy was known for being polite and friendly, but a mental switch was flipped when he was in battle. This would be shown as the 761st would arrive in Europe and roll into France later in 1944.

Very little is known about Warren G.H. Crecy’s life, but plenty is known about his skill and zeal in battle. The historian for The Black Panthers, writer Trezzvant Anderson, documented all encounters the division had in Europe including Crecy’s kill count. Anderson would dub Crecy “The Baddest Man in the 761st.”

When allies were under fire at the hands of a Nazi ambush, Crecy rode into battle firing shells at enemy forces. His tank took a massive hit via a rocket, but this didn’t stop Crecy. He would climb out, head over to a jeep, and open fire with the mounted machine gun.

His first kill with the machine gun was the Nazi with the bazooka that took out his tank. His allies would make it out after Crecy killed the artillery spotters. He was given another tank and sent into the field again.

In his next engagement, his tank was stalled in the mud. Nazis targeted him as he attempted to pull the tank’s treads out of its trap. Crecy turned his attention from the tank as the Nazis turn their attention towards his allies. Since tanks are such a problem, the Germans returned with more bazooka.

Meanwhile, Crecy climbed onto the tank and got to the machine gun. It’s important to note that the machine gun had no protective shielding or covering. Crecy was consumed with such disdain for the Nazis, he managed to take out their nests with machine gun fire as well as soldiers with the anti-tank rockets.

By Anderson’s account, Crecy had to be pried away from the machine gun and was still shooting after all enemies were dead or escaped.

Sgt. Warren G.H. Crecy would serve as a prison guard at Nuremberg during the trials of Nazi war criminals. He would also serve with the U.S. Army in the Korean War some years later. For his service in World War II he received the Silver Star, four Purple Hearts, and a Bronze Star. He was also nominated for a Medal of Honor which the U.S. didn’t award to Black soldiers until the first Clinton administration.

He retired in 1952 following an injury in the Korean War. As part of the all-Black 761st Tank Battalion, Crecy was credited with somewhere between 300-400 kills. Although an American hero, Crecy would send his some of his remaining years in military hospitals before passing away in 1976. 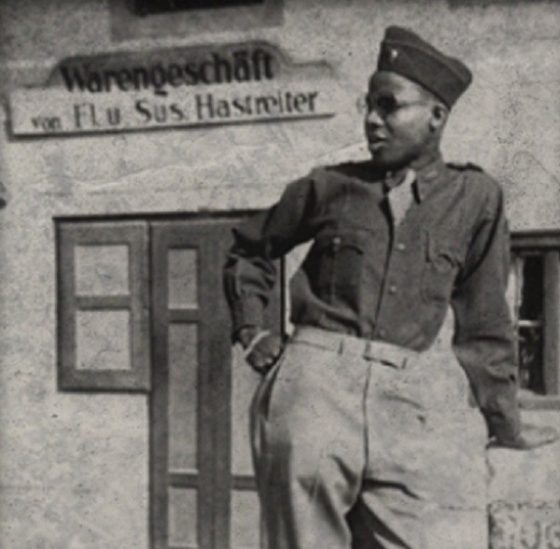