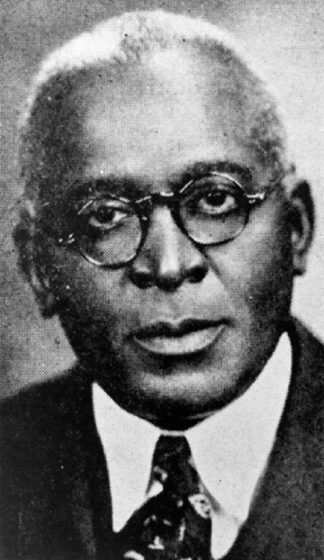 John A. Hibbler was born in Arkansas in 1878. Hibbler was admitted to practice before the state supreme court on June 30, 1919. Apparently, he was admitted earlier in the circuit court, as he was listed as an attorney in the Little Rock City Directory (Pulaski County, Arkansas) in 1916.

Hibbler first appears in politics as part of the group of Blacks who protested the 1891 passage of the “separate coach” bill that would segregate railway cars. He also joined Scipio Jones and other Blacks in fighting the segregationist whites within the Arkansas Republican Party, to the extent of holding their own state conventions in 1914 and 1916. When the Republicans held their 1920 state convention in a segregated hotel, he and Scipio Jones, J.R. Booker, W.A. Singfield, and W.L. Purifoy attended and refused to leave until the lights were turned off. They then held their own separate convention.

He also worked with Scipio Jones in defending Black defendants arrested following the “race riots” near Elaine, Arkansas, in 1919. In 1917, he is listed in partnership with attorney Winfield F. Clark. He was an early member of the first Arkansas branch of the NAACP in Little Rock in 1924. In 1930, Hibbler joined with Scipio Jones and the firm of Booker & Booker to represent the Arkansas Negro Democratic Association to sue the Democratic City Central Committee for the right to vote in primary elections.

Booker joined with Scipio Jones, J.R. Booker, William A. Booker, Myles Hibbler and the NAACP (through Thurgood Marshall) in suing the Little Rock School District in 1942 on behalf of a Black teacher for equal pay with white teachers. J.A. Hibbler’s name appears as attorney of record in at least 23 cases appealed to the state supreme court.

John A. HibblerJohn Hibbler
« Previous PostHis Song Became One Of The Anthems Of The Civil Rights Movement And Chronicled Black Pain And Hopefulness For The Future Next Post »Harlan Paul Douglass: Mission Administrator, Pastor and Social Scientist