Joseph Jenkins Roberts served as the first black governor of the colony of Liberia from 1840 until 1847 and in 1848 he was elected the first president of the new Republic of Liberia. Roberts served as president twice, from 1848 to 1856 and again from 1872 to 1876. He also helped to found Liberia College in 1851, serving as a professor and as the college’s first president. In 1836, he married his second wife, Jane Waring.

Roberts was born a free man in Norfolk, Virginia, on March 15, 1809, at a time when most African Americans in Virginia were slaves. He grew up in Norfolk and Petersburg and worked with his stepfather on a flatboat on the James River. Roberts educated himself by reading books from the private library of William Colson, a black barber under whom he apprenticed.

After the death of his stepfather in 1829, he immigrated to Liberia on board the Harriet with his mother, six of his siblings, and his wife Sarah, who died sometime after arriving in Africa. Before sailing off the shore of Norfolk, Roberts entered into a partnership with Colson. In exchange for basic supplies shipped by Colson, Roberts would export ivory, camwood, palm products, and other goods from the Liberian interior. Although Liberia was still a struggling colony when Roberts and his family arrived, he soon settled and became a very important businessman.

In 1833, Roberts served as high sheriff and was responsible for tax collection. He also served as the first black governor of the colony of Liberia from 1840 until 1847 and in 1848 he was elected the first president of the new Republic of Liberia. As president of Liberia, Roberts traveled to Europe and to the United States on diplomatic visits. 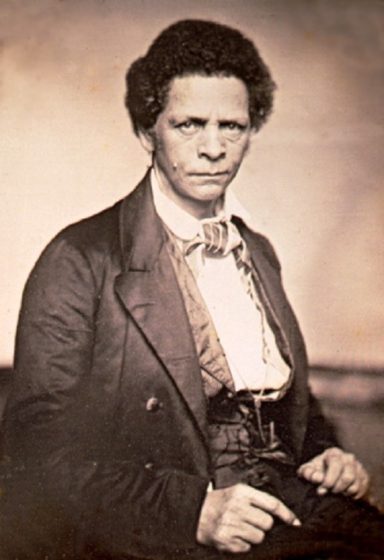