Isaac Scott Hathaway: Creator of Two Commemorative Coins and Over 100 Busts of African-Americans

Isaac #Scott Hathaway was a well-known pioneering sculptor. He is also remembered as the first #Black American to design a United States Mint Coin. Hathaway was born in Lexington, Kentucky on April 4, 1872, and was raised by his father, Rev. Robert Elijah Hathaway after his mother died.  As a young boy Hathaway visited a museum and wondered why there were no busts of his Frederick Douglass. When his father explained to him that there were not many African-Americans as sculptors, Hathaway was inspired to go into the profession.

Hathaway attended Chandler College in Lexington, Kentucky and Pittsburg Normal College in Pittsburg, Kansas where he studied ceramics. He later attended the Cincinnati Art Academy in Cincinnati, Ohio. Upon finishing his schooling, Hathaway returned to Kentucky. In Kentucky, Hathaway worked as teacher in an elementary school. He began working to make his own busts pieces in his spare time. 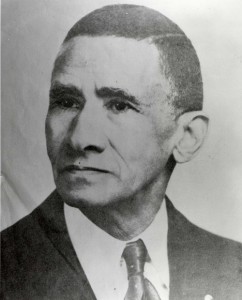 People began to notice Hathaway’s work, and he was advised to start a business that would distribute sculptural products across the country. He first called his business the Afro Art Company, and later the name changed to Isaac Hathaway Art Company. Some of his greatest busts included: Booker T. Washington, Richard Allen, Paul Lawrence Dunbar, Frederick Douglass, and many more. Not only did Hathaway create busts but he also designed masks that people could hang on their walls. Although, Hathaway created masks, his focused and mainly made busts. He became an accomplished sculptor and created well over 100 busts and masks of well-known African-Americans.

Hathaway established the Ceramics department at Tuskegee University, and later developed Alabama Kaolin Clay as a medium. He is also noted as being the first artist to make clay behave. During his life-time he designed two coins for the United States. The first was a commemorative 50 cent piece that featured Booker T. Washington. The coins were produced between 1946 and 1951. The second piece was another commemorative 50 cent piece that featured George Washington Carver. Isaac Scott Hathaway died in March 1967.