Marion Raven “Mother Birnie” Wilkinson was a formidable force in public service who served as the president of the Sunlight Club, the SCFCWC and an officer in the National Association of Colored Women. She chaired the SCSC YWCA Advisory Board and led the state Commission on Interracial Cooperation.

Wilkinson was born in Charleston on June 23, 1870, to Richard Birnie and Anna Frost. Both of her parents were descendants of antebellum free black families and members of Charleston’s black elite. Her father and her uncle Charles Birnie were wealthy cotton shipping agents. She attended the Avery Normal Institute, graduating with honors in 1888, then taught at the Institute for nine years.

She chaired the SCSC YWCA Advisory Board and led the state Commission on Interracial Cooperation. She was also an officer in the International Council of Women of the Darker Races and a member of both the County Executive Committee of the Red Cross and the Board of Trustees of Voorhees College, Denmark, South Carolina. During her time, Benjamin Mays, president of Morehouse College, described her as “South Carolina’s outstanding Negro woman. Wilkinson died in Orangeburg on September 19, 1956. 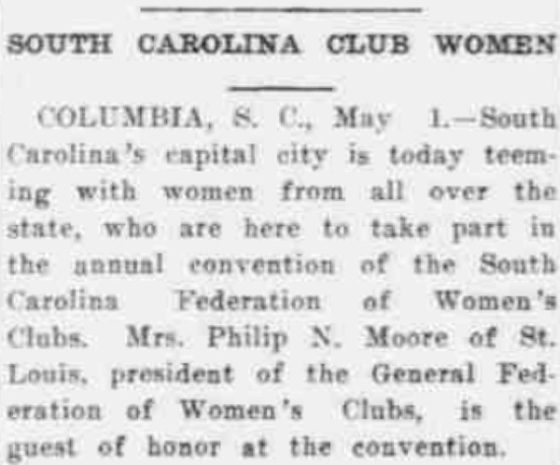