Mary Meachum: Abolitionist Who Helped those Enslaved Escape to Freedom 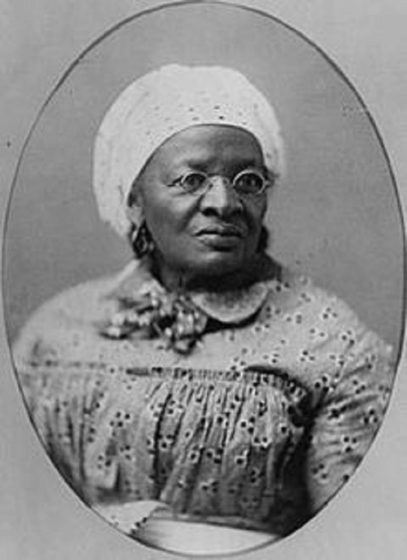 Mary Meachum was an American abolitionist who, with her husband John Berry Meachum, helped enslaved people escape to freedom in the Underground Railroad, and by purchasing their freedom.

Meachum was born into slavery in Kentucky. While still enslaved, she married John Berry Meachum, who had already purchased his own freedom with money he had earned as a carpenter.

In 1815, Meachum’s owner took her to St. Louis, Missouri. Her husband followed and purchased her freedom shortly afterward. The Meachums ran a school for free and enslaved black people in the First African Baptist Church, which they later moved to a floating steamboat on the Mississippi River when the state of Missouri banned education for blacks in 1847. They also used the proceeds from John Berry Meachum’s carpentry and barrel-making business to purchase freedom for twenty enslaved individuals. In 1835, Meachum’s profession was listed as a milkmaid.

After the death of her husband in 1854, Meachum continued running their home on Fourth Street as a ‘safe house’ on the Underground Railroad. On May 21, 1855, after an attempt to ferry nine enslaved people across the Mississippi River to freedom in Illinois, Meachum and a freedman named Isaac were arrested for breaking the Fugitive Slave Law of 1850. On May 24, 1854, she was charged in court with slave theft, while charges against Isaac were dropped.

The Missouri Republican reported on July 19, 1855, that Mary was tried by a jury and acquitted of at least one charge, and the remaining charges were dropped. One scholar says Meachum was sold into slavery in Vicksburg, Mississippi, after her arrest. However, the Daily Missouri Democrat reported on December 17, 1864, that Meachum was at that time president of the Colored Ladies Soldiers’ Aid Society in St. Louis. This organization of free black women, also called the Colored Ladies Contraband Society, was formed in 1863 to assist black Union soldiers and escaped slaves in St. Louis during the Civil War. Mary Meachum died in St. Louis in August, 1869.