Born January 1941, Dr. Moses Powell was a master around during the early years of martial arts breaking into the U.S.  His own system–Sanuces Ryu Jujitsu–focused on street combat.

Originally having a background in boxing, at around 13 he began studying Vee-Jitsu Te under Master Florendo Visitacion in Harlem. He was said to be extremely diligent in his training to the point he was training black belts while ranked below them.

Powell was devoted to the formation of Vee-Jitsu Te and trained at the style for years before going to form his own style in 1959 at 18. The Sanuces Ryu system of Jujitsu. His style brought Jujitsu’s submission focus, Karate and Boxing’s focus on strength and speed, and stick fighting to street survival and fighting. In short, it dropped the structured competition focus of those martial arts and put them firmly into street self-defense with a focus on combat against multiple opponents.

The 1960s saw Dr. Moses Powell showcase his abilities at the 1965 World Fair in New York and train federal agents. He was also the first martial artists to perform before the United Nations.

A little over a week after his 64th birthday, Dr. Moses Powell passed away. His style continues to be taught today with his most well-known students being the actor and martial artist “The Black Dragon” Ron Van Clief. He also trained Wesley Snipes. 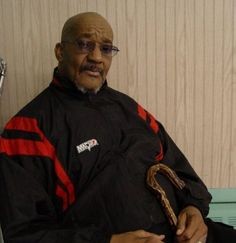