Moses Dickson was born free in Ohio in 1824. He was the founder of the Knights of Liberty, which was a secret organization dedicated to fighting slavery and helping the enslaved escape. At 16, he began a three year tour of the South which persuaded him to work for the abolition of slavery. On August 12, 1846, Dickson and twelve other men gathered in St. Louis to devise a plan to end slavery in the United States. It was estimated that by 1856, 47,240 members of the “Knights of Liberty” throughout the nation stood ready to fight for freedom. Later in August of the same year Dickson created another but smaller secret group, known as the Order of Twelve, in Galena, Illinois. The Order of Twelve was most prominent in the South and the lower Midwest. The major benefits to members – similar to many fraternal orders of the time – was a burial policy and weekly cash payments for the sick. During the war, the Knights fell apart and many of the members joined the Union Army.

Dickson later became an ordained minister of the African Methodist Episcopal Church & preached at several churches in the St. Louis area. He was one of the founders of Lincoln Institute, which is now Lincoln University in Jefferson City, Missouri.  In 1879-1880 when approximately 16,000 Louisiana and Mississippi African Americans migrated to Kansas in what was called the Exodus Movement, Rev. Dickson served as President of the Refugee Relief Board which provided them aid and support. Dickson was also involved in the Freemasonry; he was the second Grand Master of the Prince Hall Grand Lodge of Missouri. Moses Dickson died on Nov. 28, 1901. 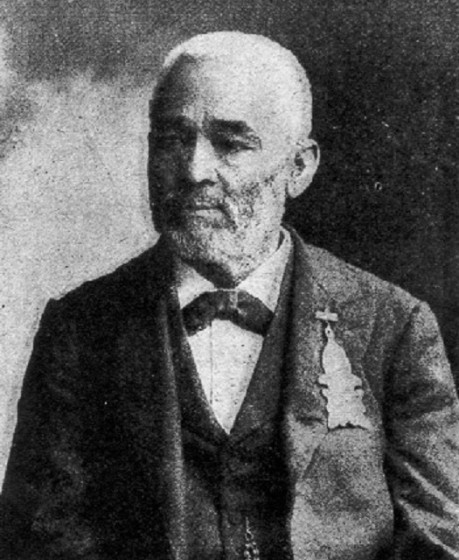