During the mid-July 2016, when the U.S. was just headed towards the ballots to elect their new president, the end of Obama’s Administration was looming, and many people had different views or opinions on his achievements in addressing the issues of racial divisions, which tears the U.S apart. Some people praised Obama for struggling to narrow down the racial gap while others criticized the outgoing President for his failure to eradicate the racial divisions and police brutality in the U.S. Here are the views of Dr. Cornel West, a prominent philosopher, political critic, and advocate for racial and social equality, who went public to air out his discontentment with President Obama’s efforts on the issue of racism. 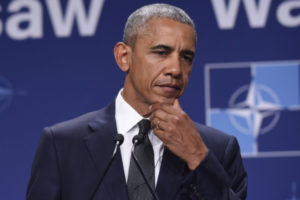 Dr. West asserted that President Obama, alongside his cheerleaders had refused to actively and deeply engage in the systemic problems that faced the nation, especially the matters of racism and police brutality. This came to haunt America, as well as the entire world when the new President (Donald Trump) won the 2016 presidential elections. It was even impactful on the racially affiliated and the segregated people from the black descent globally.

The long centuries and profound legacy of the white supremacy have always arrested the development of the U.S. democracy. That is why a few of the U.S. people have pressed the president for seven years not to ignore the issues of poverty, police abuse, and mass unemployment, which are all racially affiliated. Following the shootings of Alton Sterling and Philando Castile by the police, President Obama stated quite well that everyone had forgotten some communities. However, this legacy has come to haunt people of color in the whole country, with Dallas, Falcon Heights, Baton Rouge and others not forgotten.

President Obama and his cheerleaders were to take responsibility for being so reluctant to engage with such essential issues. It was not a question of interest group or constituencies. Unfortunately for so much of the Obama administration, it was a question of “I’m not the president of the black people, but I’m the president of everyone in the U.S.” However, the questions of racism and police brutalities were questions of justice. It was about being concerned about widespread police brutality and racism that have marred the U.S. society. Dr. West expressed his great empathy to the U.S. citizens who are shot by the police, especially to the people of color who were always caught by the menace of police fire. He believed that these deliberate killings were to be treated as crimes against humanity.

According to Dr. Cornel, President Obama did not go to Baton Rouge; he did not go to Minneapolis; and instead, he flew over their heads to go to Dallas. The president’s fundamental concern was to speak to the police. This was supposed to be his priority. Nonetheless, President Obama left the “Black Lives Matter Movements” to directly “speak” to the police themselves through demonstrations. These people were struggling from a different perspective, and in the processes, more lives were lost.

Unfortunately, as Mr. West expresses, Barack Obama only thrived on being in the middle of everything. He had no backbone to fight against the racial injustices; he liked being above the fray. Every fighter must choose which side he/she is fighting from, but Obama did not do that since he was not a love warrior.

While Cornel views Martin Luther King Jr., Adam Clayton Powell Jr., and Ella Baker as the real worriers, he contrarily portrayed Obama as a “merely polished professional.” His attitude as an administrator was that of a neo-liberal, who rarely have the solidarity with the poor and working people. The only solidarity he did was to offer the “lip-service” to the suffering, but he never made it a priority to end that suffering.

Read more of the original story via: https://www.theguardian.com/comment-is-free/2016/july/14/barack_obama-and-the_us_racism_police_brutality_failed_victims