[VIDEO]Helen Humes: Noted as One of the Best Jazz Singers of the Swing Era

Helen Humes was a singer known for having the best vocal style during her time. Along with other well-known jazz singers of the swing era, Humes helped shape and define the sound of vocal swing music. 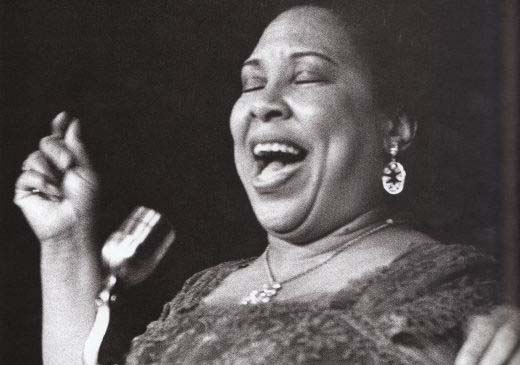 Humes was born on June 23, 1913, in Louisville, Kentucky, to Emma Johnson and John Henry Humes. She grew up as an only child. Her mother was a schoolteacher, and her father was the first black attorney in town.

Humes had a happy childhood and learned to play the trumpet and piano at a very young age. As a young girl, she sang with the local Sunday school band, which boasted future jazz stars such as Jonah Jones and Dickey Wells.

In 1927, she made her first records for the OKeh label in St. Louis. Humes then went to New York and she recorded again, this time accompanied by James P. Johnson. For several years, she worked with the orchestra led by Vernon Andrade, star of Harlem’s Renaissance Ballroom.

She was later offered a job by Count Basie, but turned it down because the pay was too low. The following year she changed her mind and signed up, replacing Billie Holiday.

She left Basie in 1941 to freelance. By 1944, she was working on the West Coast. She had moved into the then-popular R&B field. Humes had a big hit with Be-Baba-Leba, recorded with Bill Doggett, and on a 1947 session in New York, was supervised by John Hammond, Jr. She made some excellent mainstream jazz records with Buck Clayton and Teddy Wilson.

By the 1950s, after another big hit, Million Dollar Secret, her career slowed significantly and this hiatus continued into the late 1960s; she officially retired to care for ailing members of her family

Nevertheless, her voice retained a youthful sound into her 60s, and her late-period recordings were among the best she ever made. Helen Humes died on September 13, 1981.