O’Neal Moore was the first African-American deputy sheriff for the Washington Parish Sheriff’s Office in Varnado, Louisiana. He was a 34-year-old Army veteran, married with four daughters. Moore was approaching his 1-year anniversary with the sheriff’s department when he was murdered. On June 2, 1965, Moore and his partner Creed Rogers who was also #black were on their way to Moore’s home to have dinner. The men were traveling in the patrol car when a truck pulled up alongside the two men and fired shots. Moore was hit in the head and died instantly. Another bullet hit Rogers and caused him to go blind. 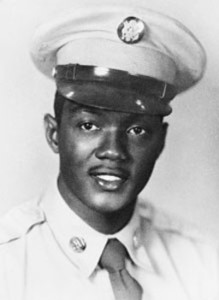 It is believed that the deputies were attacked because of they were Black. During the time of the murder there was an ongoing race-war in the region led by the Ku Klux Klan. Two suspects were arrested in Mississippi following the murder, but no charges were filed by the prosecuting attorney due to a lack of evidence. However, the investigation was reopened by the FBI in 1990, again in 2001, and was re-opened in 2009 by their Civil Rights-era Cold Case Initiative. The prime suspect in the case died in 2003. The case of O’Neal Moore became just another one of the racially-motivated murders in America’s Deep South that went unsolved.

blackO'Neal MooreO'Neal Moore Murdered
« Previous PostJazz Pioneer Grachan Moncur III Dies On His 85th Birthday Next Post »June 4: Ray Charles Made an Historic Reunion in Chicago On This Date in 1998