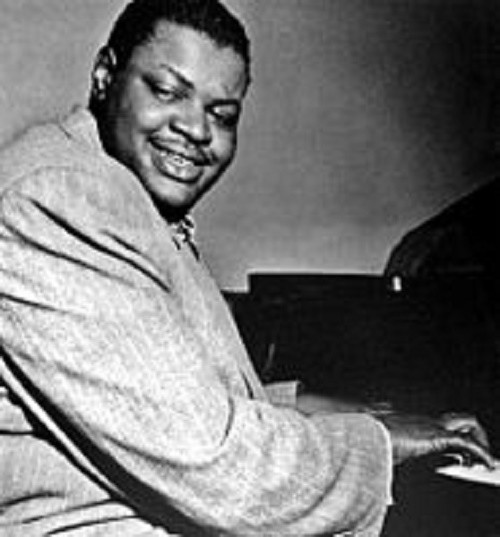 Oscar Emmanuel Peterson was a Canadian jazz pianist and composer. He was called the “Maharaja of the keyboard” by Duke Ellington, but simply “O.P.” by his friends. Peterson released over 200 recordings, won eight Grammy Awards, and received numerous other awards and honors. He is considered one of the greatest jazz pianists, and played thousands of concerts worldwide in a career lasting more than 60 years.

As a young boy, Peterson also studied with Hungarian-born pianist Paul de Marky, a student of István Thomán, who was himself a pupil of Franz Liszt, so his early training was predominantly based on classical piano. Meanwhile, he was captivated by traditional jazz and especially boogie-woogie, and learned several ragtime pieces. At that time Peterson was called “the Brown Bomber of the Boogie-Woogie”.

In 1940, at fourteen years of age, Peterson won the national music competition organized by the Canadian Broadcasting Corporation. After that victory, he dropped out of the High School of Montreal, where he played in a band with Maynard Ferguson, and became a professional pianist working for a weekly radio show and playing at hotels and music halls.

Over the years, Peterson developed a reputation as a technically brilliant and melodically inventive jazz pianist and became a regular on Canadian radio from the 1940s. His name was well-recognized in the United States. However, his 1949 debut at Carnegie Hall was uncredited: owing to union restrictions, his appearance could not be billed. Through Granz’s Jazz at the Philharmonic, he was able to play with the major jazz artists of the time.

Peterson wrote pieces for piano, trio, quartet, and big band. He also wrote several songs, and made recordings as a singer. His best-known compositions may be “Canadiana Suite” and “Hymn to Freedom”, the latter composed in the 1960s and inspired by the civil rights movement in the United States.

In 1993, Prime Minister and longtime Peterson fan and friend Jean Chrétien offered Peterson the position of Lieutenant-Governor of Ontario, but, Peterson declined, due to health problems from a recent stroke. After the stroke, Peterson recuperated for about two years. He gradually regained mobility and some control of his left hand.

In 2003, Peterson recorded the DVD A Night in Vienna for Verve, with Niels-Henning Ørsted Pedersen, Ulf Wakenius and Martin Drew. He continued to tour the U.S. and Europe, though at most one month a year, with a couple of days’ rest between concerts to recover his strength.

Peterson’s health declined rapidly in 2007. He had to cancel his performance at the 2007 Toronto Jazz Festival and his attendance at a June 8, 2007, Carnegie Hall all-star performance in his honor, owing to illness. On December 23, 2007, Peterson died of kidney failure at his home in Mississauga, Ontario.