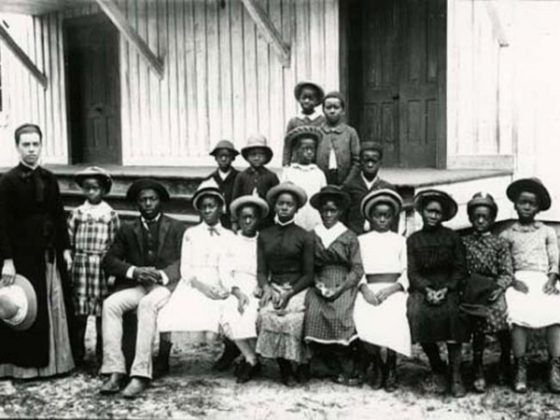 Sarah A. Gray was born in Alexandria, Virginia to parents William and Laura Dundas Gray. As her father was free and her mother was emancipated, Gray was able to attend St. Francis School in Baltimore (an opportunity which was not afforded to most African Americans at the time, under slavery). Gray began teaching school at the age of 14.

As the Civil War progressed, many former slaves fled to Alexandria. To address the educational needs of their children, Gray and colleague Jane A. Crouch founded the St. Rose Institute, which remained open throughout the war.

Gray established the Excelsior School in 1867, and became a teacher at Alexandria’s first public school for black girls, Hallowell School, in 1870. She was named Hallowell’s principal in 1883. Gray retired in 1892 for health reasons and died in 1893.