#Molly Williams is recognized as the first #black female firefighter in the United States; she was also a slave. Williams was owned by a very wealthy businessman who had an interest in firefighting. Her owner would often volunteer as a firefighter with Oceanus Engine Co. 11 in Lower Manhattan. During 1818,  a blizzard hit the city and an influenza outbreak took many male volunteers out of work. Williams took the place of the sick men and worked at the fire house. The members of the firehouse credited her for being as tough as the male firefighters. During this time a call came into the firehouse and Williams answered the call and pumped out as much strength as all the men. Williams earned the name as Volunteer 11. She was also well noted for her distinguished presence in her attire being a dress and checkered apron. Most men described Williams to be “as good a fire laddie as many of the boys.” 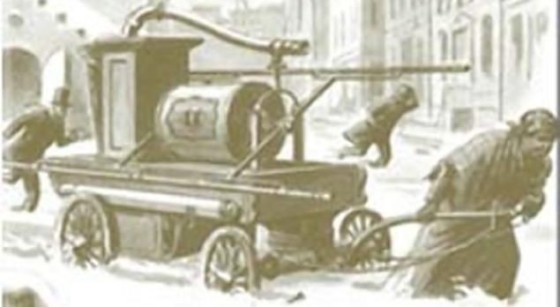 Williams  story and strength paved the way for other women, including one the first paid Black female firefighters and the most tenured in the country – Toni McIntosh of Pittsburgh, Pennsylvania, who served for over 11 years. The story of Molly Williams is told in a children’s book called “Molly, By Golly!” by Dianne Ochiltree.