Solomon Moseby: Falsely Accused of Theft in Order to Be Extradited Back into Slavery

Thousands of people enslaved in the southern states of the United States before the American Civil War often ran away to northern states, and many would end up as far as Canada. Some runaways were helped on the Underground Railroad but many were able to find freedom on their own. However, there were those who were captured, returned, and even killed on the dangerous journey.

There were times, a slaveholder would ask the Canadian government to return a refugee to stand trial in the United States, often falsely accusing them of theft, murder or other crimes to make their extradition more likely.

In 1837, a slaveholder by the name of David Castleman traveled from Kentucky to Niagara-on-the-Lake located in Upper Canada (now Ontario). His purpose of the trip was to meet with the sheriff and demand the arrest of his former slave, Solomon Moseby, for the crime of horse-stealing. Horse-stealing was considered a serious crime because it was the only form of transportation that was available during that time. People accused of horse-stealing had nearly always been extradited to the US, so Moseby was imprisoned and the case was prepared against him.

The Black Canadians knew that Moseby would be returned to slavery in Kentucky whether he was guilty of the crime or not. So, both Black and white residents of Niagara wrote petitions to the Lieutenant Governor, saying that believed Castleman was using the theft of his horse as a trick to take Moseby back to slavery. The community raised over a thousand dollars to give to Castleman to cover the cost of the horse, yet he had refused the money. People feared that if Moseby was returned it would only be the first of many others copying Castleman’s trick.

More than two hundred Black supporters camped out around the Niagara jail, waiting for the government’s decision. Some of the leaders were women, and they persuaded the men not to bring weapons. For more than two weeks, the peaceful protest continued. Soldiers came to reinforce the sheriff’s men because he was afraid the crowd would try to rescue Solomon.

When the warrant arrived from Toronto ordering that Moseby should be released to the Americans, the Niagara sheriff ordered the crowd to leave. But the people did not move. As Moseby was brought out of the jail, two Black men rushed to rescue him. The soldiers fired, and two protesters were killed. In the confusion, Moseby was able to escape. Not feeling safe in Canada, Moseby relocated to England, however, years later he returned with his wife and lived in Niagara once again. 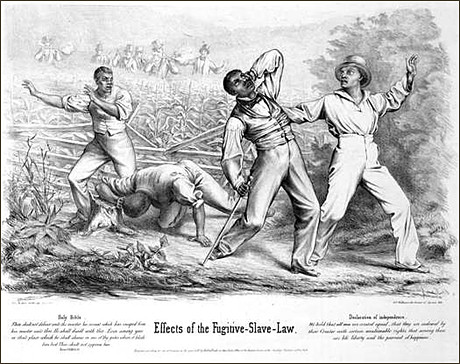