The Stories of 5 Black Women Lynched in America

Jennie Steers: On July 26, 1903 in Shreveport, Louisiana Jennie Steers was charged with giving a poisoned glass of lemonade to a 16 year old white teenager, Elizabeth Dolan. Before she was killed, a mob took her to a tree, placed a rope around her neck and demanded a confession. Steers refused to confess and was hanged. While her body was still suspended in the air, bystanders fired several bullets into her.

Laura Nelson: Laura Nelson was lynched on May 25, 1911. Nelson’s son L.D. had been accused of killing a deputy sheriff George Loney on May 2 while Loney and a posse searched Nelson’s farm for a stolen cow. She and her son were both charged and sent to the Okemah county jail. During the night of May 24–25, Laura and L. D. were kidnapped from their cells by between a dozen and 40 white men. Laura was reportedly raped and she and her son were then hanged from a railroad bridge over the North Canadian River.

Mary Turner: Mary Turner was a married mother of two who was lynched in Lowndes County, Georgia on May 17, 1918. She was lynched for speaking out against the lynching of her husband, Hazel “Hayes” Turner the day before. The Turner murders followed the murder of an white plantation owner by one of his black workers, and were associated with the deaths of 11 other black men during a manhunt and lynching rampage by whites. Mary, who was eight months pregnant at the time, denied her husband’s involvement in the murder of the plantation owner. A mob turned against her, determined to “teach her a lesson.” After she was lynched, her baby was cut from her body and brutally murdered. The mob then shot her over 100 times. 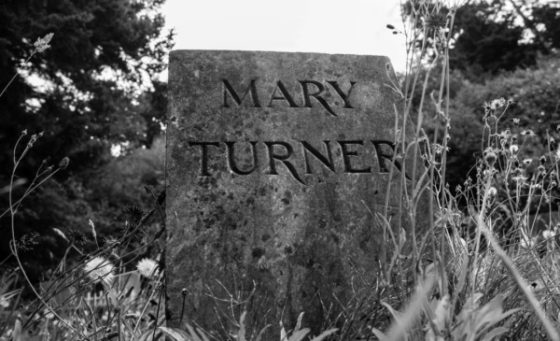 Maggie Howze and Alma Howze: Maggie Howze and Alma Howze, along with two young black men, were lynched in December 1918. They were accused of killing Dr. E.L. Johnston. The local press described Johnston as a dentist, although he did not have an established business. He traveled in search of patients and offered his services to the public mainly in Alabama. Unable to make money peddling his services, he returned to Mississippi. During his travels he developed an intimate relationship with Maggie, a black woman who he asked to move and live with him. He also asked her to bring her sister Alma along. As he used both woman for his sexual pleasures, he eventually impregnated them both. During this time, three black laborers worked on Johnston’s plantation; this included Major and Andrew Clark. Major attempted to court Maggie but his efforts were blocked by Johnston, as he attempted to retain control over her. To further block Clark’s efforts, Johnston began to threaten his life. Shortly thereafter, Johnston turned up dead and immediately suspicion fell on Major and the Howze sisters. To extract a confession from Major Clark, the authorities placed his testicles between the “jaws of a vise” and slowly closed it until Clark admitted that he killed Johnston. White community members removed them all from jail and took them to a location to be lynched. Ropes were placed around the necks of the four Blacks and the other ends tied to the girder of the bridge. Maggie Howze cried, “I ain’t guilty of killing the doctor and you oughtn’t to kill me.” Someone took a monkey wrench and “struck her in the mouth with it, knocking her teeth out. She was also hit across the head with the same instrument. While the other three died almost immediately, Maggie, who was four months pregnant, managed to grab the side of the bridge twice to break her fall before she was finally killed. After her death, the white mob joked that it was hard to kill that “big Jersey woman.” No one stepped forward to claim their bodies and they were placed in unmarked graves. Alma Howze’s was near the end of her pregnancy when she was lynched. One witness claimed that at her burial on the following day, the movements of her unborn child could be detected. Johnston’s parents felt that blacks had nothing to do with their son’s death and that some irate white man killed him. 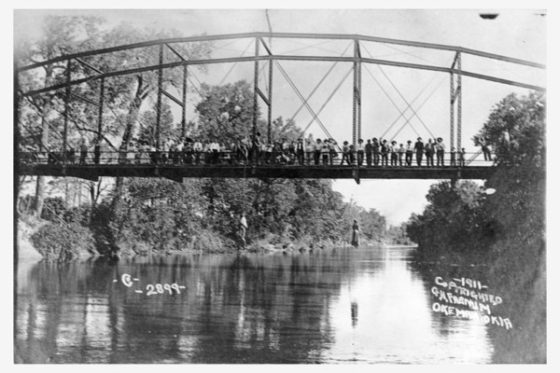 Cordella Stevenson: On December 8, 1915 Cordella Stevenson was lynched after a mob came to her home and dragged her out. The site of her lynching was only 50 yards north of the Mobile and Ohio Railroad, and rail passengers who came in and out of the city that day saw her corpse thus displayed. She had been raped and stripped naked before being hanged. Several months prior, Gabe Frank, a local white man, lost his barn to fire. Cordella and Arch Stevenson’s son was a suspect although he had not been seen for some time. The Stevensons had worked for the same white employer for over a decade and were considered respectable people, while their son was considered “worthless.” After unsuccessfully locating the Stevenson’s son, Frank had Cordella arrested. She was held for several days where she denied knowing the whereabouts of her son. She was eventually released, causing her to believe the ordeal was over. Cordella and her husband Arch were asleep in bed on that Wednesday night when a mob pounded on their door and eventually broke it down. Cordella was snatched as the mob pointed their rifles at Arch and threatened to kill him if he moved. Ultimately he was able to escape and reported the incident to authorities before leaving the area. Cordella death is still haunting a century after it happened.

Original article can be found here: