Thomas Morris Chester was the first African American war correspondent for a major daily newspaper, the Philadelphia Press. Chester witnesses Union soldiers with the Army of the Potomac seizing Richmond, Virginia. Chester covered the final year of the war around Richmond. His dispatches constitute the most sustained and extensive first-hand account of black soldiers in existence. Chester was recognized as one of the Philadelphia’s most famous 19th century Blacks.

Chester was born on May 11, 1834, to George and Jane Marie Chester, an oyster salesman from Baltimore, and an escaped slave. At the age of 16, he attended Akron College, an African-American academy in Pittsburgh. As a young man, Chester studied in Liberia, where he became a believer in African colonization. He also served as the editor of the Star of Liberia newspaper and as a school leader. Chester left Africa around the start of the American Civil War in 1861, first moving to Liverpool and London, England, and then to the United States.

As a recruiter during the Civil War, Chester was given the job of enlisting black men into the 54th and 55th Massachusetts Regiments. He also led two companies of Blacks for local defense during the Gettysburg campaign in 1863.  This was the first time Pennsylvania issued weapons to African Americans. From August 1864 until the end of the conflict, Chester was a war correspondent for the Philadelphia Press.  He was the first Black reporter for a major daily northern newspaper during the war and traveled with the Army of the Potomac.

Years later, Chester studied law in England, perhaps becoming the first Black barrister. He also held several positions while living in Louisiana, including collector of customs, brigadier general of militia and superintendent of schools.  He returned to Harrisburg in 1892 after falling ill, where he later died in his mother’s home. 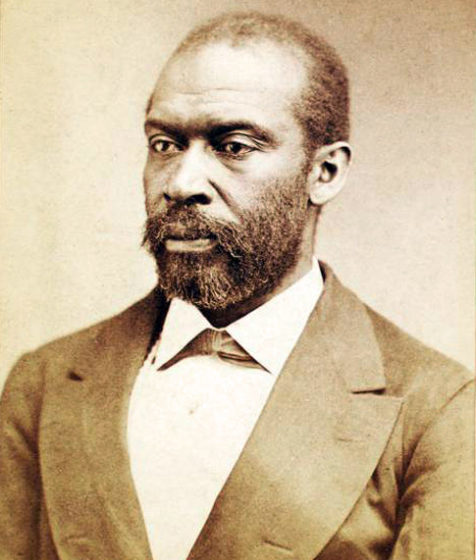 Thomas Morris Chester
« Previous PostJune 8, 1925: The Incorporation of Freedom of Speech Clause into the 14th Amendment; A Boost to the Black Community Next Post »Edward James Roye: The Fifth President of Liberia