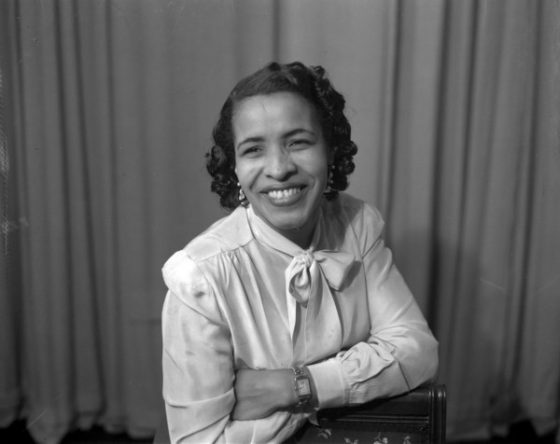 Verda Freeman Welcome was an American teacher, civil rights leader, and Maryland state senator. Welcome was the first black woman to be elected to a state senate. She spent 25 years in the Maryland legislature and worked to pass legislation which enforced stricter employment regulations and discouraged racial discrimination.

Welcome was born on a small farm in Lake Lure, North Carolina. In 1929, she moved to Baltimore and graduated from Coppin State Teachers College three years later. Welcome received a bachelor’s degree in history from Morgan State College in 1939 and completed a master’s degree in history at New York University in 1943. Between 1934 and 1945, Welcome taught at public schools in Baltimore. She was also a member of Delta Sigma Theta sorority.

In April 1964, Welcome survived an assassination attempt; two men were convicted. In 1967, Welcome worked towards eliminating Maryland’s racial segregation laws which had been in place since slavery was legal.