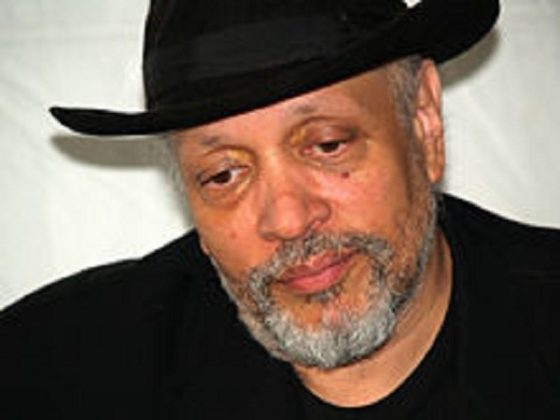 Walter Ellis Mosley is an American novelist, most widely recognized for his crime fiction. He has written a series of best-selling historical mysteries featuring the hard-boiled detective Easy Rawlins.

Mosley was born in California. His mother, Ella, was Jewish and worked as a personnel clerk; her ancestors had immigrated from Russia. His father, Leroy Mosley (1924–1993), was an African American from Louisiana who was a supervising custodian at a Los Angeles public school. He had worked as a clerk in the segregated US army during the Second World War. His parents tried to marry in 1951 but, though the union was legal in California where they were living, no one would give them a marriage license.

He was an only child and ascribes his writing imagination to “an emptiness in my childhood that I filled up with fantasies”. For $9.50 a week, Walter Mosley attended the Victory Baptist day school, a private African-American elementary school that held pioneering classes in black history. When he was 12, his parents moved from South Central to more comfortably affluent, working-class west LA. He graduated from Alexander Hamilton High School in 1970. Mosley describes his father as a deep thinker and storyteller, a “black Socrates”. His mother encouraged him to read European classics from Dickens and Zola to Camus. He also loves Langston Hughes and Gabriel García Márquez.

Mosley started writing at 34 and has written every day since, penning more than forty books and often publishing two books a year. His first published book, Devil in a Blue Dress, was the basis of a 1995 movie starring Denzel Washington. The world premiere of his first play, The Fall of Heaven was staged at the Playhouse in the Park, Cincinnati, Ohio, in January, 2010. Mosley has served on the board of directors of the National Book Awards.