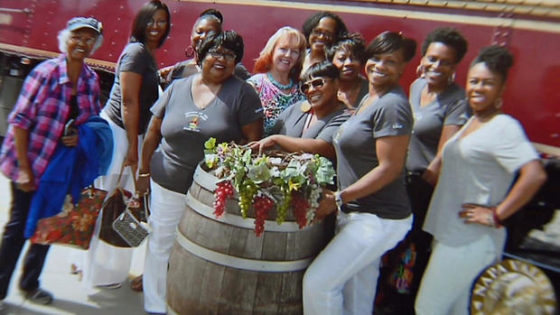 SAN FRANCISCO (AP) — A group of mostly black women who filed a racial discrimination lawsuit against the Napa Valley Wine Train have settled the case for an undisclosed amount.

The 11 women, 10 black and one white, said they had gathered on the train to discuss a romance novel. But before the train left the station in Napa, a train employee asked them to quiet down because they were offending other passengers, the women said.

When the train reached St. Helena, they were escorted off the train into a dirt lot where police were waiting, according to the lawsuit.

The women sought $11 million in damages.