By Jamilah King via Mic.com

How do you make sense of a year like this one? It’s only halfway over, but already we’ve seen the continued slaughter of black citizens by those entrusted with their protection. We’ve seen #BlackLivesMatter establish itself as one of the first sustained movements against police brutality in decades. Just weeks ago, we saw 21-year-old Dylann Roof, an avowed white supremacist, walk into the sanctuary of Emanuel African Methodist Episcopal Church in Charleston, South Carolina, and brutally slaughter nine people. We saw America’s first black president, Barack Obama, eulogize one of those victims, South Carolina State Sen. Clementa Pinckney, in song. Obama’s approval ratings soared. The rest of us are left heartsick. And then, more news: a rash of Southern black churchesset ablaze. This is not what it means to be free.

It’s not 1963. It’s 2015. And it’s more confounding than ever to be a black person in the United States. Perhaps that’s always been the case, with only a few notable exceptions, Barack Obama’s 2008 presidential campaign chief among them. But in a country as prosperous as America, how do you make sense of the lives we’ve lost – inchurch shootings, in police shootings, in everyday shootings — and the ones we’re losing in schools, prisons and neighborhoods stripped of resources?

There are no easy answers, but we can find solace in others who’ve grappled with these questions before us. Some are sobering reminders of racial injustice, others are passionate calls to action. 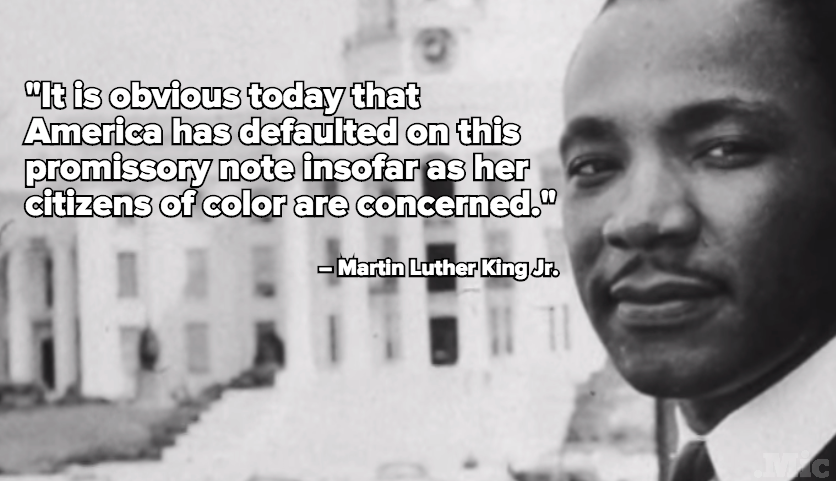 « Previous PostThe Meaning Of The Fourth Of July In The Words Of Frederick Douglass Next Post »Walter T. Bailey: First Black Licensed Architect in the State of Illinois