Elizabeth Simpson Drewry was a politician from the state of West Virginia. In 1950, she became the first Black woman to be elected to the West Virginia Legislature. She served eight terms in the House of Delegates.

Drewry was born on September 22, 1893 in Motley, Virginia. She was the oldest of 10 children. Her family moved to Elkhorn, West Virginia when she was a child. Her family was part of the earliest generation of the Great Migration.
Drewry received her education at Bluefield Colored Institute, Wilberforce University, and the University of Cincinnati, and received a degree from Bluefield State College in 1933.

In 1910, Drewry began her teaching career in the black schools of coal camps along Elkhorn Creek, and later taught in the McDowell County black public school system.

She first entered politics as a Republican precinct poll worker in 1921. In 1936, Drewry switched her party affiliation to Democrat and became involved in the state Federation of Teachers. She took an interest in local organizations such as the American Red Cross and the McDowell County Public Library. Drewry served on the Northfork Town Council and rose to the position of associate chairperson of the powerful McDowell County Democratic Executive Committee.

In 1948, she ran for the House of Delegates for the first time, but was defeated in the primary election by Harry Pauley of Iaeger. Five Democrats and five Republicans from McDowell County were elected in the primary to run in the general election. Since McDowell County was overwhelmingly Democratic, it virtually assured the five Democratic nominees of winning. Drewry was announced as the winner of the fifth spot on the Democratic ticket in the initial vote count, but Pauley protested the result. In a recount, 64 disputed ballots were all given to Pauley and he defeated Drewry by 32 votes.

She ran again in 1950 and won the fifth spot on the Democratic ticket. In the general election, she received nearly 18,000 votes, becoming the first African-American woman elected to the legislature. In 1927, Minnie Buckingham Harper was appointed to succeed her late husband in the West Virginia Legislature, becoming the first black woman in the nation to serve in a state legislature. However, Harper was never elected.

In 1956, Ebony magazine honored Drewry as one of the ten outstanding black women in government. She retired due to poor health in 1964, having served longer in the legislature than any other McDowell Countian. Drewry died in Welch on September 24, 1979, at the age of eighty-five. 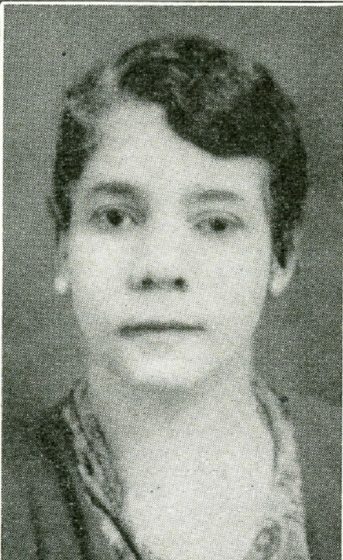