Frances Ellen Watkins Harper was born on September 24, 1825 in Baltimore, MD.  Unlike many African-Americans in the 1800s, Harper was born a free person of color. At the age three, she became an orphan due to the death of her mother and was subsequently raised by her aunt and uncle.  She was educated at the Academy for Negro Youth–a school ran by her uncle, the Reverend William Watkins. Harper learned reading, writing, and trades, which eventually landed her a job as a seamstress.

Frances Harper was thought to be the first African-American novelist for her book “Iola Leroy, or, Shadows Uplifted” in 1892, though later the novels of Harriet E. Wilson and Williams Wells Brown were discovered.  Her first published work was entitled “Forrest Leaves” (1845), which was a collection of poems.  She would go on to have thirteen published works inclusive of “Iola Leroy”. Harper published her last work “In Memoriam, William McKinley” in 1901, at the age of 75.

Outside of being an author and poet, Harper was highly active in the abolitionist movement, women’s suffrage movement, and the temperance movement.  She became an activist through joining the American Anti-Slavery Society, which allowed her to travel the country lecturing and fundraising to assist the Underground Railroad and provided a means for supporting herself and her family.  She spent time teaching at Union Seminary in Ohio, where she was the first female instructor.

In the realm of activism, Frances Harper was a trailblazer. Prior to Rosa Parks’ refusal to give up her seat on the bus to a white passenger, Harper refused to ride in the colored section and give up her seat to white passengers. This act inspired one of her most famous works, a poem entitled “Bury Me in a Free Land.” Due to her dissatisfaction with the women’s suffrage movement’s exclusion of African-American women’s issues, she banded with Mary Terrell Church, Ida Wells-Barnett, Harriet Tubman, and others to found the National Association of Colored Women. 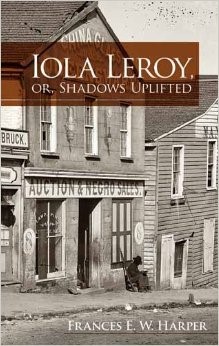 In her personal life, she married Fenton Harper and became a stepmother to his three children from a previous marriage.  Her union with Fenton produced one child, her daughter Mary Frances.  After nearly four years of marriage, Fenton Harper passed.

On February 22, 1911, Francis Harper died and was preceded in death by her daughter in 1908.  She left this world with a legacy of activism in helping to abolish slavery and educate others on issues of the black experience in America during her time.

African American womenblack historyslaverywomen
« Previous PostViola Davis Made History by Becoming the First Black Actress Ever to Win Oscar, Emmy, and Tony Awards for her Acting Role in Drama Next Post »The Journey of Ayuba Suleiman Diallo