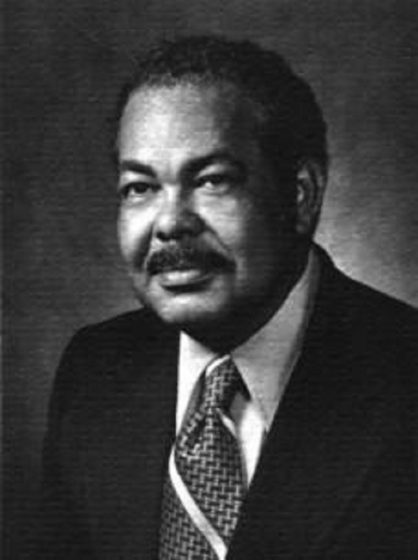 Russell was born in 1925 in the city of Terre Haute, Indiana.  He grew up there, attending grammar school and graduating from Garfield High School.  He was a member of the Army Air Force during World War II.  After the war, he graduated from Indiana State Teachers College with a B.S. in Industrial Education in 1954.  His teaching career began in 1955 as an instructor of industrial arts and mathematics at the Indiana Boys School.  He later received his master’s degree from Indiana State University in Industrial Education.

Louis B. Russell, Jr. began his teaching career at Indianapolis Public School 60 in 1963.  He was known for his storehouse of mother-wit and good advice for his students.  In 1965, Russell suffered the first of several heart attacks.  In 1967, he became associated with School 69.

On August 24, 1968, Mr. Russell received a heart transplant at the Medical College of Virginia Hospital located in Richmond, Virginia.  The donor had been a 17 -year-old African-American boy.  Russell was the 34th person in medical history to receive a heart transplant.

After his surgery, Russell served on the Board of Directors of the Indiana Heart Association, Advisory Board of Medic Alert Foundation, Turlock, California, Captain of Indianapolis Police Department as Lay Chaplain, and was associated with Louis B. Russell Scholarship Fund at the Indiana University Medical Center. In addition to these responsibilities, he made on the average of five to fifteen appearances and speeches a week, covering several states. In every appearance with young people he extolled the importance of education. In addition, he taught a full schedule of classes at School 69.

Russell lived for six years with his new heart, longer than any previous heart transplant recipient. He died in November 1974 in the same hospital where he received his heart.