Police Brutality: The Men Sworn to “Serve” and “Protect”

Have we really learned anything from the incidents of 1992 Los Angeles riots, which was triggered by the rampant police brutality? 29th April, 2017 marks the 25th anniversary since the occurrence of riots to protest against the brutality by the police, yet it seems we have learned nothing. Watching the video below found here (https://youtu.be/8Coui65pO2E), you will witness the longest eight brutal minutes ever experienced by Mr. Rodney King in his entire life. The video displays the vicious beating, as the four officers strike Mr. King over 50 times using police batons.

The unarmed man is kicked and clubbed by LAPD officers in their uniform. You will surely watch and question whether these men were really sworn in to “serve” and “protect” or, rather, to “abuse” and “take advantage.” These beatings and the brutality witnessed in this video rapidly spread across the media by the 3rd of March, 1991. The riots ensued nearly a year later, involving a series of arsons, lootings, violence, and physical civil unrest. The riots began from the South-Central Los Angeles on the 29th of April, 1992, upon the court clearance of the four police officers from LAPD, who were involved in the videotape that displayed the use of excessive force in the arrest and beating of the African-American man named Rodney King. Within six days, the civil unrest, riots, and violence involving the destruction of valuable properties had spread to all other regions of the Los Angeles metropolitan area, immediately following the announcement of the guiltless verdict by the court. 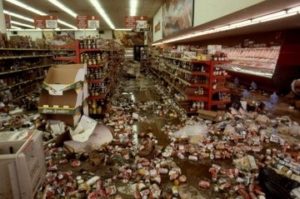 Several years later, the National Geographic documentary filmmakers Lindsay Daniels and Martin J. T. made a film called LA92, illustrating the destructive 1992 Los Angeles riots. They went even deeper to unearth the legacy of the LA riots, including the use of raw, unedited footage. This film exploits the opinions of the audience and sets a lot of questions for them to answer concerning the deeper significance of the 1992 LA riots. In an interview with the filmmakers, they confirm that they wanted to create a new way of thinking about these events. They wanted to prompt the audience to ask themselves what must be done in order to ensure such a riot never occurs again in American history.

Two and half decades later, America still seems to have failed to learn from the previous misfortunes and losses caused by the Los Angeles Riots of 1992. This level of racial segregation and discrimination still appears to be drawn the U.S. and draws into the historical roots of brutalities and injustices against Blacks. The latest riots associated with the Black Lives Matter movement are some evidence that the people of America have learned nothing since. The hashtag #BlackLivesMatter has been igniting a lot of national movements advocating for racial justice. The most recent riots, including the Anti-Trump protests, the Charlotte riot, Democracy Spring, the Berkeley-California strikes, and the Baltimore protests, among others, still speak volumes concerning the need for racial unity and racial justice.

Read more of the original story here via: http://www.huffingtonpost.com/entry/police-brutality-set-off-the-la-riots-25-years-ago-weve-learned-nothing-since_us_58fe569ce4b018a9ce5dc06c?utm_campaign=hp_fb_pages&utm_source=bv_fb&utm_medium=facebook&ncid=fcbklnkushpmg00000047

Christopher C. (2016). Lessons in Command and Control from the LA Riots. Retrieved via http://www.militarymuseum.org/LARiots1.html

Mark Downey via Getty Images- a Building Burning up in Los Angeles, Downtown, 1992.