Albino Blacks Living in Tanzania Are Faced With a Constant Threat

Living in sub-Saharan Africa can be complicated and often challenging. However, for people who are albino, it can also be dangerous and life-threatening. Not just because of the conditions of the hot African sun, but rather because many of them are often hunted, terrorized, and sometimes killed by a group of people living there. These killings have been reported in about a dozen African countries, and Tanzania has the worst reports of Albino killings.

Tanzanian officials have alleged that witch doctors are promoting the sale of albino skin, bones, and hair as ingredients in spells to create prosperity. Police have to create lists of albinos throughout their nation in an effort to better protect them, including escorts for albino children to get to and from school.

Families with albino children are often targeted. One family went through a horrible devastation. While they were having dinner, four men entered their home and cut off the legs of their albino daughter and simply left with her amputated stumps. The little girl later died. 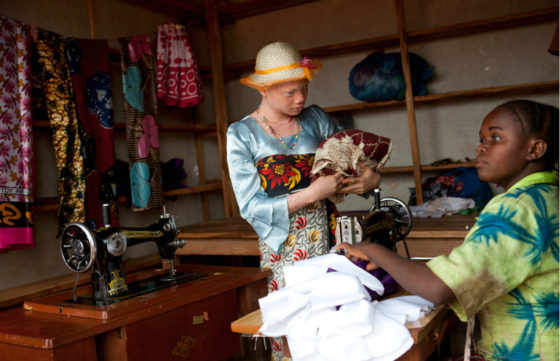 Witch doctors have many strange beliefs, some of which include mutilating the body parts of albino people. If you use a bald head when fishing, you’ll get rich, according to various witch doctors. Another belief states that if you spread human blood on the ground in a mine, you’ll find gold.

When a witch doctor has taken a body part, he will generally make a potion with it. Various workers will use the potion to lead to prosperity, such as a miner may pour the potion on the ground where he wants to find minerals, or a fisherman might pour it in his canoe. Tanzania police have noted that the rural areas are the most susceptible to rumors and superstitions, as they tend to be uneducated.

Many Africans believe that albinos are ghosts who are immune to death and eventually just vanish. Many of the crimes that occur are usually against young albino children, most of which go unreported.

Unfortunately, the law doesn’t appear to be well-enforced in Tanzania, so crimes against albino people are not easily deterred. The government task forces on albinism haven’t led to much success. On the medical front, there are only a few dermatologists operating in the country, which limits advances in albino medical care. 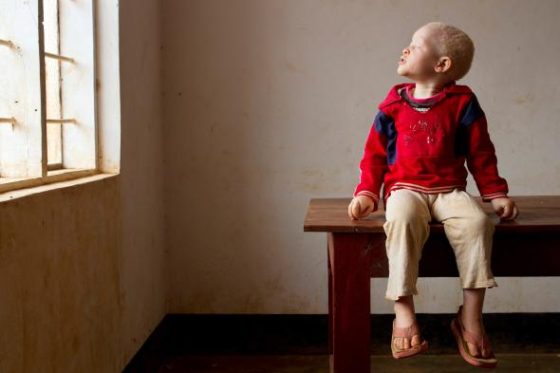 Albino Blacks in Tanzania
« Previous PostShirley Griffith: American Blues Singer and Guitarist Next Post »A Look Back At The Evolution Of Black Hair And The People Who've Shaped It