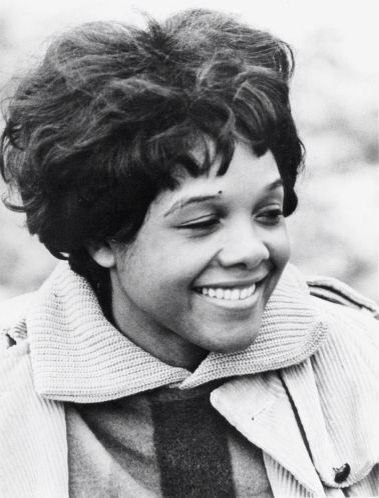 Anne Moody was an author who wrote about her experiences growing up poor and black in rural Mississippi, in her book “Coming of Age in Mississippi.” She was also greatly active in the Civil Rights Movement through the NAACP, CORE, and SNCC.

Born Essie Mae Moody on September 15, 1940, near the town of Centreville in Mississippi’s Wilkinson County, she was the eldest of several children. Her father left the family when Moody was just a little girl. While in the fourth grade, she found work to help provide for the family.

Her childhood was difficult, coming to fear the depths of hate as seen in the murder of Emmett Till. She often experienced rampant prejudice in her own life, witnessing one of her close cousins having to flee the area due to racism.  However, Moody stayed devoted and determined to make something out of her life. She studied hard and found the love of basketball, but even that did not come easy, once having to stand up to a harsh coach.

She later earned an athletic scholarship to the two-year Natchez Junior College, and later received an academic scholarship to Tougaloo College, where she graduated in 1964. Moody became involved in civil rights movement and was a primary participant in a sit-in to desegregate the lunch counter of a local Woolworth’s and later took part in the historic 1963 March on Washington.

After completing college, Moody took a job at Cornell University working as its civil rights project coordinator until 1965. She later relocated to New York City, where she published her autobiography in 1968, Coming of Age in Mississippi, which told of growing up in the rural area. Her debut book was followed by Mr. Death: Four Stories, released in 1975.  Anne Moody died on February 5, 2015, she was 74.