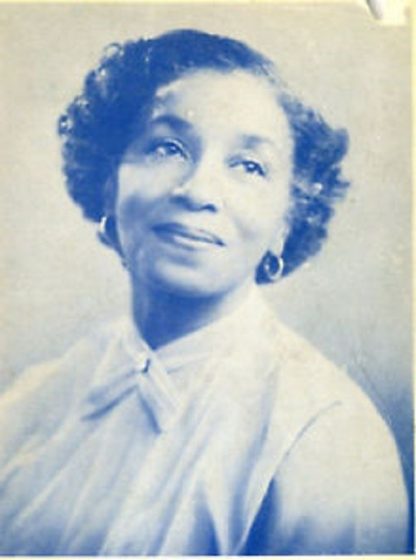 After completing her education, Williams taught music in North Carolina, Florida, and Alabama. She was the first supervisor of music in the Mobile, Alabama, public school system from 1939-1973. Besides playing music in 1926-1935, she published a number of poems in a leading journal, of the Harlem Renaissance, called Opportunity.

During the summers, Williams continued her musical studies with bandleader Fred Waring and at Columbia University.

Williams also published a single volume of verse, Shape Them into Dreams (Exposition Press, 1955). “Northboun’,” a short poem in dialect about the Great Migration, has been called her “signature poem” and “one of the best poems of the period.” Its haunting refrain underlines one of the major continuing divides in American culture:

“Northboun'” won an important prize in Opportunity (where it was first published in 1926) and has been collected in several anthologies, including Golden Slippers (1941).

« Previous PostNegritude: Once Believed to be a Curable Genetic Defect in Blacks Next Post »Calvin Scott Brown: Educator, Editor & Advisor