Berry O’ Kelly: One of the Most Prominent African American Leaders in North Carolina 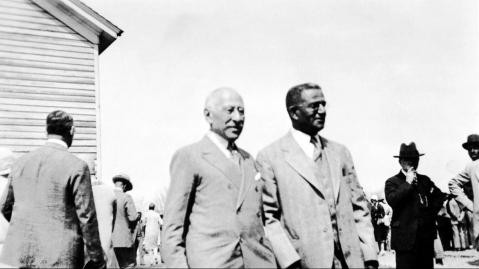 Berry O’Kelly was a banker, realtor, philanthropist, merchant and considered “the most prominent leader of the Negro race in Wake County, North Carolina. He was recognized as an outstanding educator and religious chief of the Black race.

O’Kelly was born in Orange County to a slave mother, Frances Stroud, who died soon after his birth. He was raised by relatives and given the family surname and reputedly the first name of an uncle. He eventually moved to Wake County to stay with other relatives who had been among the first settlers of Method, a small post-Civil War community west of Raleigh.

During his youth, O’Kelly found work doing chores for a white family in Raleigh. In his early of twenties, he worked as a clerk in a store in Mason Village in 1873; owned by C.N. Woods. With a hundred dollars saved from his earnings, O’Kelly bought an interest in the store, which was renamed Woods and O’Kelly, and acquired sole ownership when Woods moved to Oklahoma in 1889.

O’Kelly traveled by horse and buggy to purchase items needed to stock the store which included eggs, butter, and chickens. Because of the stores location, it prospered because it was the main supplier to Method residents but also as the unloading facility for goods sought by affluent residents of Raleigh. Eventually, the business owned two large warehouses, and O’Kelly’s trade included transatlantic shipments of goods to ports in Africa and other foreign points.

The Peoples Investment Company was established in the early 1900s by O’Kelly, which he was also president. Around 1910, he formed a partnership with John T. Turner, proprietor of a grocery store in Oberlin, another postwar African American village west of Raleigh, and they organized the Raleigh Shoe Company at 15 East Hargett Street downtown. 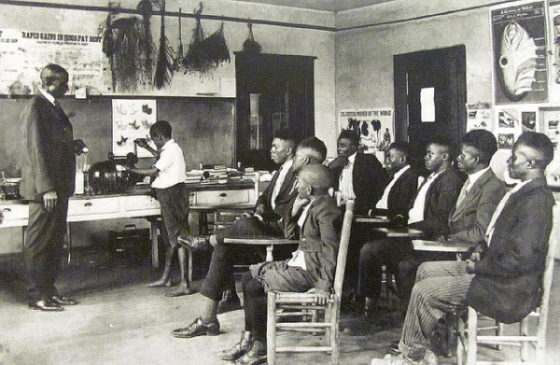 O’Kelly also set his eyes on banking, and when the Durham-based Mechanics and Farmers Bank established an office in Raleigh, he headed the stock sales committee and negotiated the purchase of a building site for the bank, which opened in January 1923. He was named vice-president and manager of the Raleigh branch in 1928.

In O’Kelly’s later years, his primary interest was in promoting education, especially for blacks. As chairman of his school committee, he set about upgrading the small school in Method that had opened soon after the Civil War. In 1914, it became a county teacher-training and industrial school, one of only three in North Carolina, and was named the Berry O’Kelly Training School.

O’Kelly opposed the principle of separate state fairs for blacks and whites, however, he once served as president of the North Carolina Negro State Fair and secured Booker T. Washington as a speaker. O’Kelly was a member of the State Interracial Commission and served on its executive committee. He also served as a member and auditor of the Raleigh Union Society, and a life member of the National Negro Business League, which he and Booker T. Washington founded.  O’Kelly became ill in mid-February 1931 and died in St. Agnes’s Hospital four weeks later.