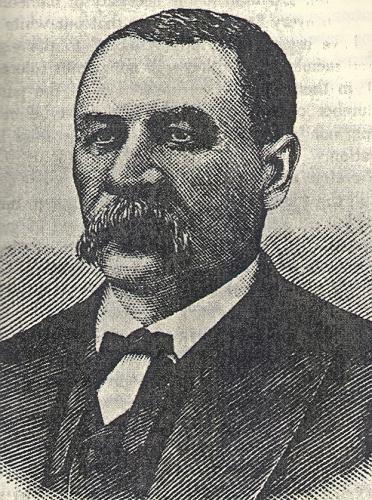 The newly created union, the Colored Caulkers Trade Union Society, decided to form a cooperative company that would own a shipyard and railroad. Pooling their resources, the workers issued stock and quickly raised $10,000 in subscriptions among black Baltimore residents. They also borrowed another $30,000 and on February 12, 1866, they purchased a shipyard and railway which they named the Chesapeake Marine Railway and Dry Dock Company. Within months the cooperative employed 300 black caulkers and received several government contracts. Ultimately it employed a number of white workers as well.

The success of Myers’s union in Baltimore encouraged black caulkers in other seaport cities to organize. It also caught the attention of the National Labor Union (NLU) Executive Committee, then the largest labor organization in the nation. In 1869 the NLU invited Myers’s Colored Caulkers Trade Union Society to its annual convention meeting in Philadelphia. The NLU declared it would welcome African-American unions into its federation.

Meanwhile, Myers was elected president of the (Colored) National Labor Union, the first organization of its type in U.S. history. Myers appealed to black workers to join unions and called on white unions to accept them as full members. Expecting the full support of the NLU, he soon learned that the predominately white organization insisted that black union members abandon the Republican Party and join the Labor Reform Party. When black union members, led my Myers, refused to abandon the GOP, they were not invited back to the NLU. With no allies among the larger labor movement, the Colored National Labor Union soon found itself isolated. It collapsed by 1871.
Myers held a variety of other positions but his years of prominence were over. He worked as a detective for the Baltimore Post Office between 1872 and 1879. Between 1879 and 1882 he operated a small Baltimore coal yard. For the next five years, he worked as a U.S. government revenue officer who inspected goods for customs duty. Myers also organized and became President of the Maryland Colored State Industrial Fair Association, the Colored Business Men’s Association of Baltimore, the Colored Building and Loan Association, and the Aged Ministers Home of the A.M.E. Church. He also authored the Mason’s Digest.

Isaac Myers, a laborer, leader, and mason, was born in Baltimore on January 13, 1835. He was the son of free parents but grew up in a slave state. Myers received his early education from a private day school of a local clergyman, Rev. John Fortie since the state of Maryland provided no public education for African American children at the time. At 16 years, he became an apprentice to James Jackson, a prominent black Baltimore ship caulker. Four years later Myers was supervising the caulking of clipper ships operating out of Baltimore.
Myers was married twice and had several sons, one of whom became a leading political figure in Ohio. Isaac Myers died in Baltimore in 1891.