Blind Willie Johnson was a gospel singer who was best known for his performances on the streets in southern cities. Johnson grew up near Temple, Texas. His mother died when he was young, and his father remarried soon after her death. It was told that Johnson became blind at seven years old, as his stepmother was fighting with his father and deliberately threw lye in Johnson’s face, permanently blinding him.

From a very young age, Johnson performed gospel songs while playing the guitar for donations on the streets of small towns and cities throughout Texas. Johnson’s father would leave him on street corners to sing for money. He recorded 30 songs in Dallas and Atlanta from 1927 until 1930. He was noted for his incredible energy and his powerful, strong voice.

Johnson often performed “If I Had My Way I’d Tear the Building Down,” a narrative of the biblical story of Samson and Delilah; it was said that Johnson was arrested for nearly starting a riot at a New Orleans courthouse with a powerful rendition of the song. While most of his recordings conveyed similar potency, he created a unique joining of vocal moaning with slide guitar lines in “Dark Was the Night–Cold Was the Ground,” a song about Jesus’ crucifixion.

Johnson continued his singing and begging until his house burned down. It is believed that Johnson was married at least twice in his lifetime. He remained poor until the end of his life, preaching and singing in the streets of several Texas cities. He later acquired pneumonia and died in 1947. 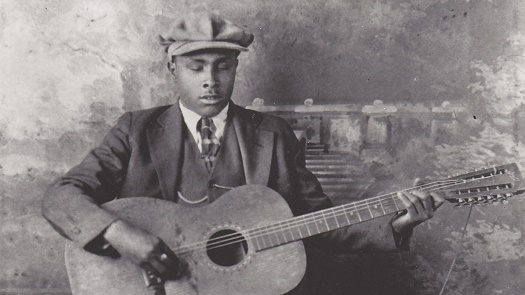