The 1968 Civil Rights Act, first enacted on 11th April, 1968, also known as the Fair Housing Act, was a landmark part of the U.S. legislation that provided for equal housing opportunities regardless of race, religion, or national origin, and made it a federal crime to “by force or by threat of force, injure, intimidate, or interfere with anyone on the basis of their race, color, religion, or national origin when dealing with the matters of tenancy. The Act was signed into law during the King assassination riots by President Lyndon Johnson, who had previously signed the Civil Rights Act and Voting Rights Act into law. 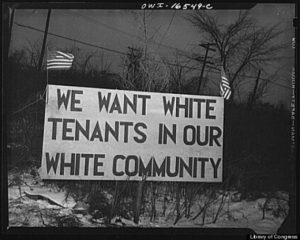 The Civil Rights Act of 1968 defines housing discrimination as the “refusal to sell or rent a dwelling to any person because of his race, color, religion, or national origin.” Title VIII of this Act is commonly referred to as the Fair Housing Act of 1968. Later, the disabled and families with children were added to this list. The Office of Fair Housing and Equal Opportunity within the U.S. Department of Housing and Urban Development is charged with administering and enforcing this law.

Victims of discrimination may use both the 1968 act and the 1866 act via section 1983 to seek for justice. The 1968 act provides for federal solutions while the 1866 Act provides for private solutions via the civil suits. Titles II through VII comprised the Indian Civil Rights Act of 1968, which applies to the Native American tribes of the U.S. and makes many, but not all, of the guarantees of the Bill of Rights applicable within the tribes. The Act appears today in Title 25, sections 1301 to 1303 of the United States Code). A rider attached to the bill makes it a felony to “travel in interstate commerce…with the intent to incite, promote, encourage, participate in and carry on a riot”. This provision has been criticized for “equating organized political protest with organized violence.”