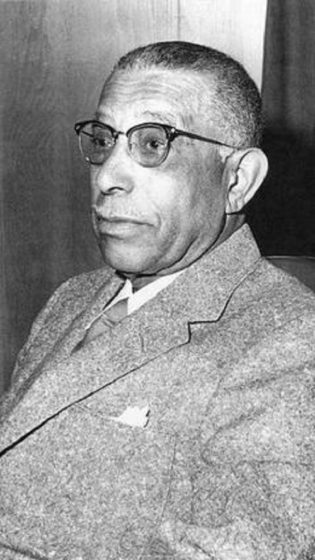 Murphy was born in Baltimore on Jan. 17, 1889, the son of John H. Murphy Sr. and Martha Howard Murphy. His father, a former slave in Montgomery County who served in the Union Army and won his freedom, went on to found the Baltimore Afro-American newspaper.

He returned to Howard University that year as an instructor in German and in 1918 he became head of the school’s German department. In 1916 he married Vashti Turley.

Murphy gave up teaching and joined the Afro-American newspaper owned by his father to become its editor in the summer of 1918. After the death of his father, he was elected by his family to continue out the legacy and become the publisher and chief editor of the newspaper, a position he would hold for the next 49 years.

Carl Murphy died on February 25, 1967, the day the Maryland General Assembly repealed a 306-year-old state law banning interracial marriage. The Afro publisher and civil rights leader had waged a battle for decades to have this law repealed.

In 2015, Carl J. Murphy was posthumously inducted into the Hall of Fame of the MDDC Press Association.