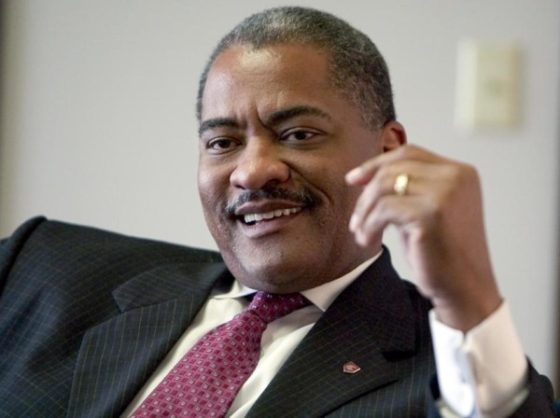 Floyd was born in 1956 in Henderson, North Carolina, a city located about 40 minutes north of Raleigh, the state capital. He was the oldest of four sons. He attended the Darlington School in Rome, Georgia. Floyd held a bachelor of arts degree in political science and speech (1978), a master of education degree in adult education (1982), and a doctor of philosophy degree in higher and adult education (1984), all from the University of North Carolina at Chapel Hill.

Floyd’s professional career started in 1978 at the University of North Carolina at Chapel Hill, where he held deanships in the Division of Student Affairs, the General College and the College of Arts and Sciences. From 1988-90, he was assistant vice president for student services for the UNC system office, where he helped develop and articulate student affairs and academic affairs policy for the 16-campus university system.

From 1993–1995, he served as- executive director of the Washington State Higher Education Coordinating Board, the agency responsible for statewide planning, policy analysis and student financial aid programs for Washington’s post-secondary education system. From 1990 to 1993, Floyd served as vice president for student services, vice president for administration, and executive vice president at Eastern Washington University (Cheney, Washington). In the latter role, he was the university’s chief operating officer.

Floyd was often referred to as “E-Flo” for his approachable style with students. The nickname was given to him originally by the University of Missouri student newspaper, The Maneater. At WSU, Floyd was known for sitting with students in the student sections of basketball and football games. He gave out his personal cell phone number to any student who asked for it – once famously to an entire group of student reporters at the WSU student newspaper, The Daily Evergreen, during a meeting with them.

Floyd spent 1995-98 at the University of North Carolina, Chapel Hill where he served as chief administrative and operating officer and the senior official responsible for business and finance; human resources; auxiliary enterprises; student affairs; information technology; university advancement and development; and enrollment management.

Floyd’s tenure at WSU was widely acclaimed within the state of Washington for leading WSU in a $1 Billion capital campaign and securing bi-partisan approval of a new WSU medical school in Spokane. On June 5, 2015, Floyd took a leave of absence due to cancer. On June 20, 2015, Washington State University announced that Floyd had died of cancer in Pullman, Washington.