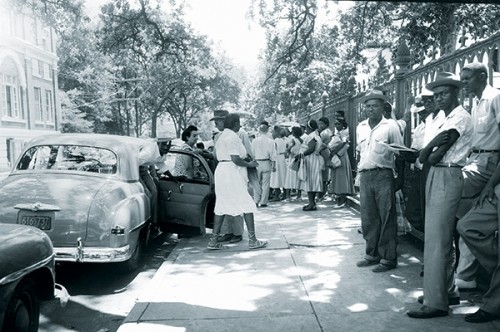 Before the Montgomery, Alabama bus boycott of 1955 took place, African Americans in Baton Rouge, Louisiana launched a successful boycott of their racially segregated public transit system. The boycott served as a model for Dr. King and other black leaders.

In June of 1953, more than 7,000 Black citizens gathered in Baton Rouge’s municipal stadium. “We don’t have to ride the buses. There’s nothing wrong with our feet!” shouted the crowd. “We’ll keep walking!” The Baton Rouge Bus Company in just six days was on the verge of bankruptcy. 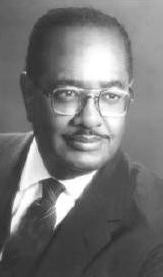 In 1953, African Americans made up 70 percent of the Baton Rouge Bus Company’s business, but like everywhere else in the Jim Crow South, black riders were restricted to the “colored” section of buses and were often forced to stand over vacant seats. These indignities were familiar to African-American Louisianians, but so was a legacy of protest against institutional segregation.

After eight days of boycotting the buses, the leader of the group, Reverend T.J. Jemison, met with city leaders to end the boycott. The Baton Rouge City Council agreed to a compromise, but most Blacks felt if they would have protested just a little longer, the results would have been better.

Ordinance 251 was adopted on June 24, 1953. The first-come-first-serve seating of Blacks from the rear forward and whites from front to back was retained, as was the prohibition against Blacks and whites sitting next to each other or any Black sitting in front of a white. But to comply with the state’s segregation laws, the two front sideways seats were to be absolutely reserved for whites, and the wide rear seat at the back of the bus reserved for Blacks.  Jemison called off the boycott, arguing they had achieved what they set out to do, which was to get seats on the bus.