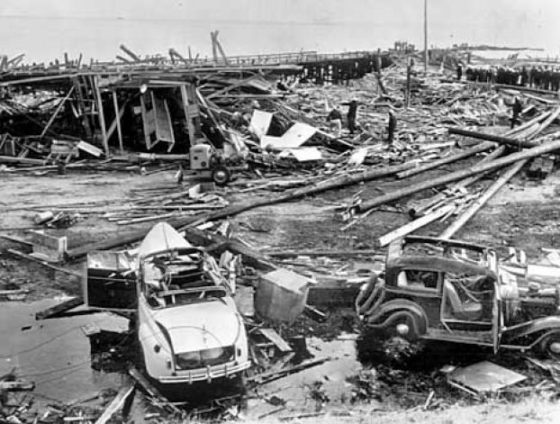 During World War II on July 17, 1944, an ammunition ship exploded in Port Chicago, California, while being loaded. The blast killed 332 people and injured another 390. Two-thirds of those people killed were African-American sailors. The cause of the accident was deemed as lack of adequate procedures and lack of training.

At the time, Navy units assigned to the loading of munitions were typically segregated African American units. The black soldiers had not been trained in handling of munitions. Also, safety procedures were not properly adhered to due to the rush to keep pace with the loading schedules.

On this particular evening, two merchant ships were being loaded with 4,600 tons of explosives and ammunition, and another 400 tons of explosives were on rail cars nearby. There were a series of explosions that occurred. The explosions were felt as far away as Nevada. Soldiers who survived the explosion were reassigned to another location. A month later, hundreds of sailors refused to continue loading munitions due to unsafe conditions. The brave decision these men made was called the “Port Chicago Mutiny.”

There were 50 men, known as the “Port Chicago 50” who were court martialed and convicted of mutiny and sentenced to prison. Forty-seven of the 50 were released in 1946. In 1994, a memorial was dedicated to those who lost their lives in the disaster. In 1999, President Clinton issued a pardon to Freddie Meeks of Los Angeles. The horrific disaster led to the implementation of safer procedures and better training for those working with munitions in the service.