Many of us have heard the name “Blind Tom Wiggins,” but there was another remarkable blind man who was an American pianist and composer of ragtime music.

John William Boone was born in a Federal militia camp near Miami, Missouri, May 17, 1864, to a contraband slave, Rachel Carpenter. It is believed his mother was a descendant of Daniel Boone, and his father was a bugler in the 7th Missouri State Militia Cavalry Union.

At just six months old, doctors removed Boone’s eyes in an attempt to cure his brain fever. His mother often worried that her son would find life too difficult and would never receive a proper education. Fortunately, his hometown banded together to ensure this did not happen.

Boone went on to receive an education. Several residents in his hometown helped his mother to pay his tuition to attend the St. Louis School for the Blind. At the school, instructors helped students to become more independent. Although his teachers wanted to teach him how to make brooms, he preferred to focus on music and would often listen to the advanced students practicing piano at the school.

One of the older students saw how eager Boone was to become a musician and helped him to learn piano. Boone was a prodigy and could remember and play everything he heard, even if he had only heard the melody once. He would entertain guests at the superintendent’s home and play at church gatherings and social events in his hometown during school breaks to earn extra cash.

However, a new superintendent, who did not believe the black and white students should have equal privileges, joined the school faculty. Black students were no longer allowed to play the piano. Therefore, Boone would frequently sneak away to listen to piano music at the local clubs, which ultimately got him expelled from school. Boone returned home and enjoyed frequented local joints where he could listen to the local musicians. 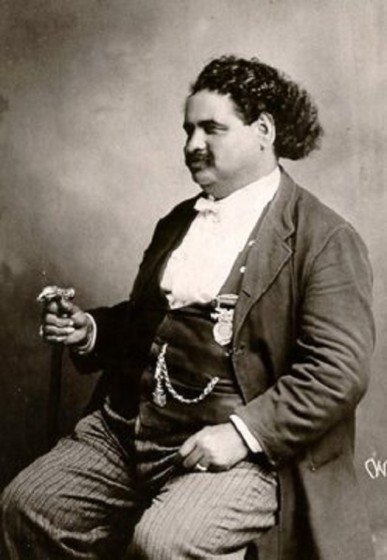 In 1879, Boone was “discovered” by John B. Lange, Jr., a contractor who owned an entertainment hall in Columbia. Lange marketed Book as “Blind John.” Lange asked Boone’s mother if he could manage the musician’s career. In return, she would receive part of Boone’s earnings he turned 21, during which the musician would become a partner in the Blind Boone Company.

At first, Blind John only made a small amount of money. His fate changed when he lived at the home of George Sampson for two months. Sampson’s wife was an accomplished pianist and taught Boone how to properly play the great European masters. Mrs. Sampson also taught him how to win the hearts and minds of his audience.

Upon Boone’s return to Iowa, it was quickly discovered that he had acquired new skills. His manager, John Lange, found a vocalist to tour with Boone, and he was billed as the “Blind Boone Concert Company.” Boone and his company toured from town to town for white and black audiences alike. He became one of the first black artists recorded by the QRS piano roll company, but his superb technique and ability to perform quickly made it difficult to accurately record his compositions. His best-known work, “The Marshfield Tornado,” was never written down or recorded due to its extreme complexity.

John Lange died in 1916, but Boone continued touring until a few years prior to his death in 1927.