Toward the end of the Civil War, with the Union Army moving south, a slave named Saxe Joiner was lynched. At the time, Saxe Joiner tried to assist the war efforts, but the way he did it infuriated white townspeople and ultimately resulted in his death.

Most people thought lynching occurred after the civil war, but it was actually used as a severe punishment for slaves. If a white person felt that a slave had committed a severe enough crime they were lynched. The act could have been as tedious as looking at a white woman or man in the eye, or not moving out the path of a white person fast enough.

One slave, Saxe Joiner fell victim to lynching. Joiner was owned by and living in the home of Dr. James E. Hix, a South Carolina physician. Also living in the home was Hix’s wife, their three children, and a white unmarried young white woman, Susan Baldwin, who was believed to have been either a house boarder or employed by the family at the time.

Joiner was an unmarried, mulatto skilled carpenter in his mid-20s.  Although illegal at the time in South Carolina, Joiner had been taught to read and write. What got Joiner in trouble was that he did not hide the fact he could read and write. He wrote letters constantly. 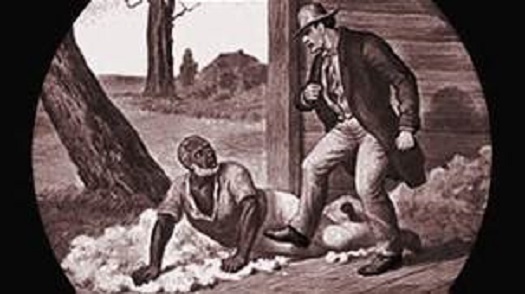 On Sunday morning, February 19, 1865, Joiner wrote a note to Martha Hix. He told Mrs. Hix not to “grieve” about the approaching federal troops because he had a “safe place” for her. However, the safe place was never revealed.

A neighbor referred to Joiner’s act as “impertinent,” but well meaning. By writing the letter, Joiner was behaving as a devoted slave should behave. Because Mr. Hix was his wife’s protector and didn’t object, as no other white man would trespass upon his role and take action either. However, Joiner did not stop his letter writing there. That evening, he wrote a second note to Miss Baldwin, telling her not to worry because he would “protect” her as well from the Northern troops.

Mr. Hix found the letter and had Joiner arrested. Joiner was kept in jail after a trial that produced a very lenient verdict. The white community was outraged that a black slave would have the audacity to insult a white woman in such a way as he did. Many of the white men started thinking that maybe Joiner did in fact, have a way that he could protect Ms. Baldwin.

At approximately 9:00 P.M. on the night of March 15, 1865, an armed mob of white men wearing disguises and dressed in Confederate uniforms broke into the Unionville jail. The mob surged into Joiner’s cell after getting the keys, tied the prisoner up, and hauled him outside. Within moments, Joiner was dead hanging from the closest tree.

Saxe JoinerSaxe Joiner Slave
« Previous PostMemphis Riots of 1866: Ignited by Political, Social, and Racial Tensions Next Post »[VIDEO]Helen Humes: Noted as One of the Best Jazz Singers of the Swing Era