James Robinson Johnson was a Canadian lawyer and community leader who was recognized after his death as one of the founding members of the Nova Scotia Home for Colored Children.

Johnston was born in Halifax on March 12, 1876. He was the oldest of five sons to William Johnston, a shoemaker, and Elizabeth Ann Thomas. His maternal grandparents were Reverend James Thomas, a white man from Wales who headed the African Baptist Association from 1861 to 1879, and Hannah Saunders, an African Nova Scotian woman.

As a young boy in the 1880s, Johnston was restricted from attending public school due to Nova Scotia’s segregation laws. Under the system in place black children attended separate schools which suffered from under funding. At the age of six Johnston began attending school at the black Maynard School.

In 1884, the segregation of schools was repealed and by 1887 Johnston was attending the Albro Street School. He was the first black student to attend a white school. The following year he transferred to the Halifax Academy. Johnston did quite well in his academics and was recognized for his brilliance. He graduated at the age and enrolled at the Dalhousie College where he graduated in 1896 with a Bachelor of Letters and then entered Dalhousie Law School. Graduating in 1898, he was the first black Nova Scotian to graduate from university.

After law school, he worked for John Thomas Bulmer. In 1901, Bulmer died suddenly and Johnston assumed the practice. Johnston did not restrict himself from taking cases of only blacks. He defended who ever needed his legal services regardless of race. He would even travel to meet with clients if they did not live in the city.

During the early 1900s, Johnston had the idea of creating a preparatory agricultural and industrial school, along the lines of the Tuskegee School for young blacks. He along with orders in the community continued to lobby for the school and in 1914 had the idea presented to the Halifax Board of Trade and the Nova Scotia Legislature. Howeveer, World War I brought this and other ideas to an end. Johnston, as part of his idea for the agricultural and industrial school, initiated the push for the creation of the Nova Scotia Home for Colored Children for orphaned and neglected black children. In 1915, one month after his death, the Nova Scotia Government passed legislation making the school a reality. 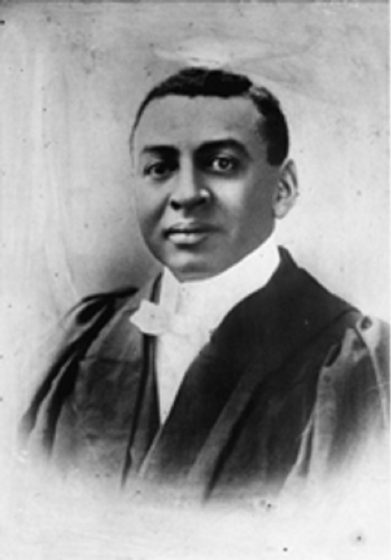