Jersey Joe Walcott was a renowned boxer. Walcott was born “Arnold Raymond Cream around Camden, New Jersey and was raised along with eleven brothers and sisters. When Walcott was 14, his father passed away and he was left to help support his family. He got a job working at a soup factory and during this time, he also began to train as a boxer.

By 1930, he was entering the ring as a lightweight professional boxer. He quickly gained the name “Jersey Joe Walcott” in honor of Joe Walcott, a well-known Barbadian welterweight champion.

Although he became the light-heavyweight champion of south Jersey by knocking out Al King in 1933, Walcott was not well-know for almost 15 years. In 1945, after a two-year stint working in the Camden shipyards, Walcott returned to the ring. He won 11 of 14 bouts, including 7 by knockout, and on December 5, 1947, he fought a heavyweight bout against champion Joe Louis. Louis went down twice, but Walcott still lost in a split decision. Walcott and Louis fought again, but Louis knocked Walcott out in the eleventh round.

After retiring from boxing, Walcott worked as a fighter referee. He was also an actor in the 1956 film, “The Harder They Fall.” He later became a sheriff in Camden in 1972, and was on the New Jersey Athletic Commission in 1975. 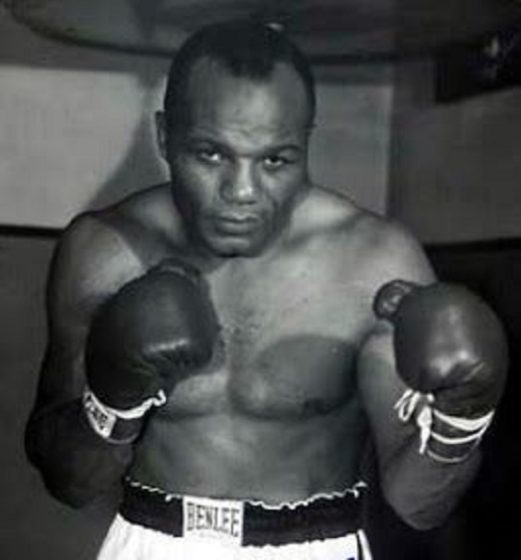