Joseph E. Lee: One of the First African Americans to Practice Law in Florida

4 Posted by Jae Jones - September 2, 2022 - Black History, BLACK MEN, LATEST POSTS
Joseph E. Lee was born in Philadelphia.  He served as one of the most influential black men in Florida during the early twentieth century.
Lee graduated from the Institute for Colored Youth in the early 1860s and graduated from Howard University in law, 1873. He was admitted to the Florida bar that year and was one of the first blacks to practice in Florida.  He served in the Florida House of Representatives from 1875 to 1879, and in the State Senate from 1881 to 1882.
For over four decades, Lee worked as a public servant. He served at various times as a state legislator, a lawyer, federal customs collector, and educator. Also during, his lifetime he was a municipal judge, Minister, collector of customs and internal revenue. He was a member of the Florida House from 1875-1880 and the Florida Senate from 1881-82.
During his late years, Lee served as the Dean of the law department of Edward Waters College, an African-American institute of higher learning formed in 1866 to educate freed former slaves. Lee would remain a trustee of the college for over thirty years. Joseph E. Lee died March 25, 1920. 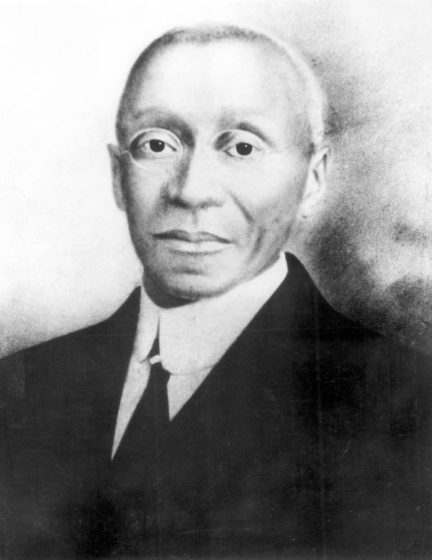