Juliet Miles: Died in Prison Trying to Save Her Children from Slavery

In 1851, Reverend John Gregg Fee, one of Kentucky’s most prominent abolitionists, purchased Juliet Miles, an enslaved woman from his father. His intentions of the purchase were to keep Miles from being sold.

Fee demanded the immediate uncompensated freedom of the slaves, since he considered slavery a moral evil. After he purchased Juliet from his father, he told Juliet he was giving her a pass, a free woman owned to no man. Fee’s father would not allow Juliet to remain on his property. He ordered for her to leave, but Juliet did want to not leave her children behind. She decided she would rather remain in slavery than to leave her family.

However, an agreement was reached and Fee provided a home for them on the farm. He later emancipated Juliet and her son Henry; they both decided to move to be with her husband in Ohio. However, a major problem occurred when Juliet returned to Kentucky to Fee’s farm to gather her remaining children and grandchildren to take to freedom.

In 1858, Juliet gathered her two sons, three daughters, and four grandchildren to flee Fee’s farm with the help of some friends. Unfortunately, she and her children were captured at Rock Springs and held in the Bracken County Jail. She was imprisoned for the next four months until February 1859, when she was tried and found guilty of “enticing,” or trying to steal, her own family. She was sentenced to the Kentucky State Penitentiary in Frankfort and she remained there until her death. Juliet was only in her 40s at the time of her death. 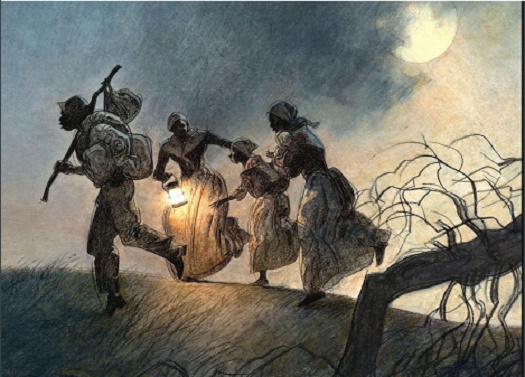