On this day, 16th June, 1971, a hip-hop legend, Tupac Amaru Shakur, was born in the Eastern Harlem, Manhattan, New York. His birth name was Lesane Parish Crooks, which was changed in 1972 when he was renamed after Tupac Amaru II, the 18th Century Peruvian revolutionist who was executed after leading an indigenous uprising against the Spanish rule. Tupac was an African-American. The Hip-hop legend- Tupac Amaru Shakur was embroiled in a feud between East Coast and West Coast rappers and was murdered in a drive-by shooting on 13th September, 1996, leaving behind an influential musical legacy at the age of 25 years. 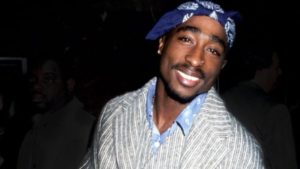 Tupac Amaru Shaku, also known by his stage names 2Pac, Makaveli, Tupac, or simply Pac, was an American rapper and actor. As of 2007, Shakur has sold over 75 million records worldwide. His double disc albums All Eyez on Me and his Greatest Hits were among the best-selling albums in the United States. He has been listed and ranked as one of the greatest artists of all time by many publications, including the Rolling Stone, which ranked him 86th on its list of The 100 Greatest Artists of All Time. He is consistently ranked as one of the greatest and most influential rappers of all time. On 7th April, 2017, Shakur was inducted into the Rock and Roll Hall of Fame.

Tupac began his career as a roadie, backup dancer, and MC for the alternative hip-hop group “Digital Underground,” eventually branching off as a solo artist. Most of the themes in 2Pac’s songs revolved around the violence and hardship in inner cities, racism, and other social problems. Both of his parents and several other members of his family were members of the Black Panther Party, whose ideals were reflected in his songs.

During the latter part of his career, 2Pac Shakur was a vocal participant during the East Coast–West Coast hip-hop rivalry, becoming involved in conflicts with other rappers, producers, and record-label staff members, most notably “The Notorious B.I.G.” and the label “Bad Boy Records.” Apart from his career in music, Shakur also acted in films and on the TV. He starred in various films during the 1990s, including in Poetic Justice, Gang Related, and Gridlock’d.

On 7th September, 1996, Shakur was shot in a drive-by shooting at the intersection of Flamingo Road and Koval Lane in Las Vegas, Nevada. He was taken to the University Medical Center of Southern Nevada, where he died from his injuries six days later, on 13th September, 1971.

Bastfield, Darrin Keith (2002). Back in the Day: My Life and Times with Tupac Shakur. Da Capo Press.