Swing Phi Swing is a social fellowship founded in 1969. The organization promotes strong values such as academic excellence, community service, and community engagement.

The establishment was formed on the campus of North Carolina’s Winston-Salem State University. Twelve women came together to form the organization on the one-year anniversary of the assassination of Dr. Martin Luther King, Jr. The women were supported by Groove Phi Groove, their brother social fellowship organization. The establishment was formed to honor the trailblazers of the Civil Rights Movement and their legacy. 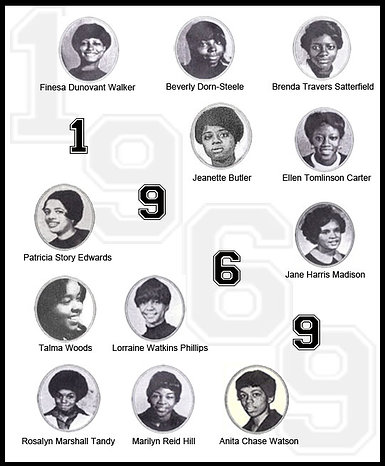 The twelve founders are:

The “Swing” in Swing Phi Swing is also an acronym: Supporting Women In Need of Growth, which today serves as the main purpose of Swing Phi Swing. The organization has also collaborated in the past with like-minded groups, such as the National Council of Negro Women.