June 6, 1966: James Meredith, the First Black Student at the University of Mississippi and a Civil Rights Activist, is Shot

On this date, 6th June, 1966, a civil rights activist and the first African-American to attend and successfully accomplish his studies at the University of Mississippi in 1962, James Howard Meredith, was shot and severely wounded by a sniper. This was shortly after he began a lone civil-rights march through the South. Known as the “March Against Fear,” James Meredith had been walking from Memphis, Tennessee to Jackson, Mississippi, in an attempt to encourage voters registration by African-Americans in the South. 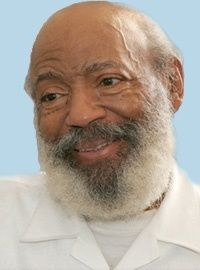 James H. Meredith was born on 25th June, 1933, in Kosciusko, Mississippi, son of Mr. Moses Meredith. He grew to become a Civil Rights Movement activist, writer, political adviser, and Air Force veteran. In 1962, he became the first African-American student to be admitted to the segregated University of Mississippi, after the federal government’s intervention an event that created a flashpoint in the Civil Rights Movement. Inspired by President J. F. Kennedy’s inaugural address, James decided to exercise his constitutional rights by applying to the University of Mississippi. His goal was to exert more pressure on Kennedy’s administration to enforce civil rights for African-Americans.

In 1966 Meredith planned a solo 220-mile “March Against Fear” from Memphis, Tennessee to Jackson, Mississippi. He wanted to highlight the continued racism in the South and encourage voter registration after the passage of the Voting Rights Act of 1965. He did not want major civil rights organizations involved. The second day of his march, he was shot by a white gunman (sniper) and suffered numerous wounds. Leaders of major organizations vowed to complete the march in his name after he was hospitalized.

While James was recovering from his wounds, more people from across the country became involved in the marches. He later rejoined the march, and when he, alongside other leaders entered Jackson on 26th June, the same year, they were leading approximately 15,000 marchers, in what was the largest civil rights march in Mississippi. During the course of it, more than 4,000 African-Americans had registered to vote, and the march was a catalyst to continued community organizing and additional registration.

In 2002, and later in 2012, the University of Mississippi led a year-long series of events to celebrate the 40th and 50th anniversaries of Meredith’s integration of the institution, respectively. He was among the prominent speakers invited to address people at the campus. A statue of James Meredith stands in the university, in order to commemorate the role he played in bringing down the segregation in this learning institution. The Lyceum-The Circle Historic District at the center of the campus has been designated as a National Historic Landmark for such events.

Read more of the original story via: http://www.clarionledger.com/story/opinion/columnists/2016/06/04/capturing-history-shooting-james-meredith/85384052/

« Previous PostDavis Bend: One of the First All-Black Towns Developed After the Civil War Next Post »Coleman Manufacturing Company: The First Cotton Mill Owned and Operated by African Americans