John F. Kennedy’s Executive Order 11063 banned federally funded housing organizations from discriminating against individuals based on race. The order attempted to end the rampant racial prejudice that influenced the loan decisions of government-backed organizations, such as the Federal Housing Administration.

Many organizations participated in practices such as “redlining,” a color-coded method of labeling the riskiness of a mortgage based on the racial demographics of a borrower’s neighborhood. Under this system, black neighborhoods typically received the worst ratings (red). As a result, African-Americans were not given home loans, and loans went mainly to whites in communities that were deemed as being less of a risk.

Most black people found themselves without the means to buy a home regardless of their financial status. Many blacks were left with no other alternative but to live in segregated and impoverished areas. 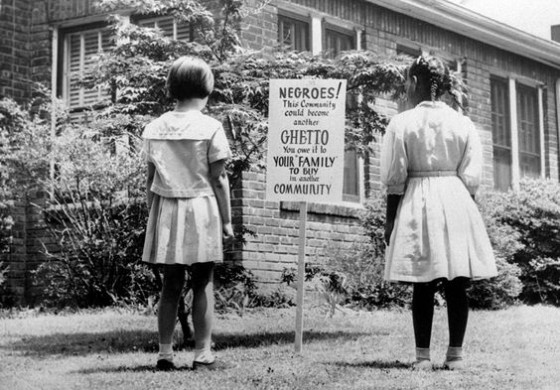 Although President Kennedy made every effort to help the problem of discriminatory housing policies, it did not take immediate effect. The order failed to provide a strong enforcement mechanism, so impacted agencies were simply directed to take steps to manage themselves. This allowed discriminatory lending practices to continue without the threat of federal intervention.

It was not until the passage of the Fair Housing Act of 1968 that a mechanism for enforcing fair housing regulations was established. Watch the video to learn more about John F. Kennedy’s Executive Order 11063.