Lewis C. Buckner was a renowned carpenter, cabinetmaker, and house builder during his time. He and his work was known throughout Sevier County, Tennessee. Buckner was born in 1865 to a white father and African American mother. He and his mother were freed in 1865 after the American Civil War.

Buckner learned his trade as an apprentice in Sevierville after the Civil War. He started his cabinetmaking business in the 1870s; the 1880 census listed him as a cabinetmaker. He married Jane Bryant in 1875 and found success in building furniture and dwellings.

Buckner worked from 1880 to 1921 building beautiful embellished homes throughout Sevier County. Most of the homes were of Victorian style. He usually built an entire dwelling and lived at the building site during construction. He often added decorative details such as porches and staircases to otherwise plain farmhouses. His work also included constructed ornate pews and a pulpit for the New Salem Baptist Church at Sevierville, a historic African American church built by Isaac Dockery in 1886.

Several of Buckner’s flamboyantly styled houses are listed in the National Register of Historic Places due to their significant and unique architecture. Buckner is buried in an unmarked grave at the Union Hill Cemetery near Millican Grove. 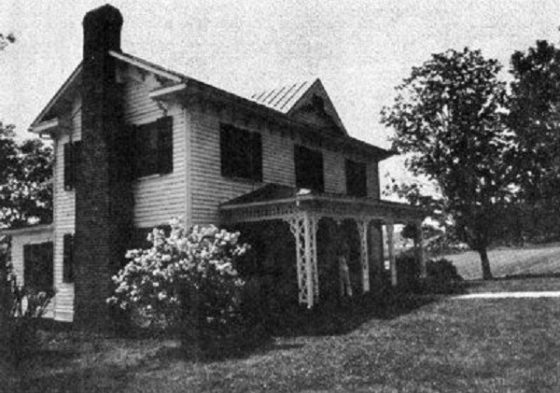 The Andes-Denton House that houses the Robert A. Tino Gallery is among the best remaining examples of Lewis Buckner’s craftsmanship