Matthew Bullock fled to Canada during the early 1920s. Bullock’s story began when his brother, 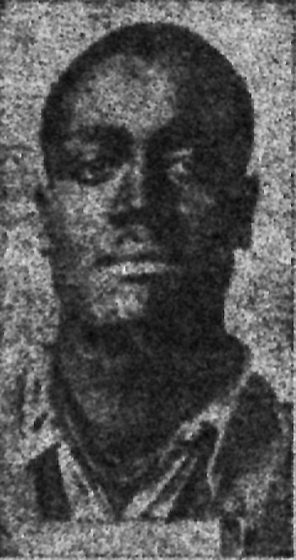 Plummer, attempted to return 10 cents worth of apples, which he claimed were bad. The store keeper refused the request, and an argument broke out which escalated to an exchange of threats between the two men. Later that evening a group of whites confronted a group of blacks. Gunfire was exchanged, but no one was hurt. While both Bullock brothers claimed to have been several miles away from these events, they were charged with inciting a riot and Matthew Bullock was charged with intent to murder.

The next day Plummer was arrested and taken to the local jail where he stayed until a mob stormed the jail and lynched him, and another Black man named Alfred Williams. After hearing what happened to his brother, Matthew Bullock fled town and made it to Canada. There he settled in Hamilton, Ontario working in the construction industry.

When he was located in Canada in 1922 his extradition was demanded, and Bullock was imprisoned in the Hamilton jail for immigration violations. In Canada, activists became concerned that Bullock would not receive a fair trial if extradited to North Carolina, and could face the same fate as his brother.

The NAACP in the United States campaigned on Bullock’s behalf, but the white residents of Norlina, North Carolina circulated a petition demanding his extradition. North Carolina Governor Cameron A. Morrison pressured the State Department to have Bullock returned to face trial.

On January 26, 1922, Charles Stewart, the Canadian minister of the interior, announced that Bullock would be released from detention in Hamilton and that his illegal entry into Canada would be forgiven due to his exemplary behavior while living in Canada.