Naomi Long Madgett is an African-American poet, born Naomi Cornelia Long in Norfolk, Virginia. A former teacher and an award-winning poet, she is also the senior editor of Lotus Press, a publisher of poetry books by black poets.

Madgett was born on July 5, 1923, to a Baptist minister, and spent her childhood in East Orange, New Jersey. She began writing at an early age. While living in New Jersey, she went to an integrated school, where she faced racism.

In 1937, her family moved to St. Louis, where Madgett was encouraged to write while attending high school. She read a wide range of content, from both white and black writers, from Aesop’s Fables and Robert T. Kerlin’s anthology Negro Poets and Their Poems to Romantic and Victorian English poets such as John Keats, William Wordsworth, and Alfred Tennyson.

At the age of 17, she published her first book of poetry, Songs to a Phantom Nightingale, a few days after graduating from high school. She went on to attend Virginia State College (now Virginia State University) and graduated in 1945 with a bachelor of arts degree. In the 1960s, Madgett taught the first black literary course in the Detroit public school system. In 1968, she became a teacher in creative writing and black literature at Eastern Michigan University, where she taught until her retirement in 1984.

Madgett has received numerous awards, including honorary degrees from Michigan State University, Siena Heights College and Loyola University in Chicago. She was the recipient of an American Book Award, a Literature Award from the Arts Foundation of Michigan, and the coveted “Michigan Artist Award” from the Governor’s Arts Awards. 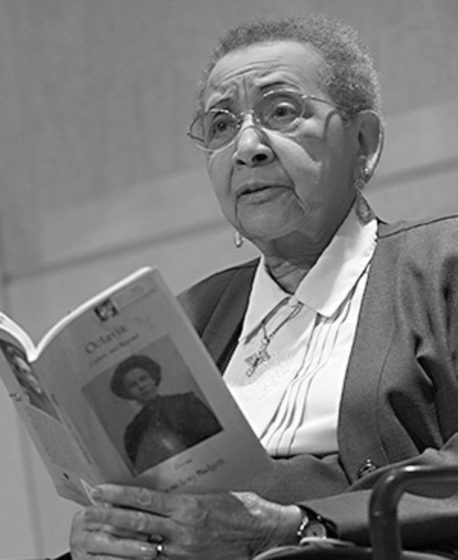