Sam Langford was a renowned boxer known as the Boston Tar Baby and the Boston Terror. He was well-respected by his peers and known on three continents during the early 1900s. He was considered to have one of the most punishing punches in boxing history. 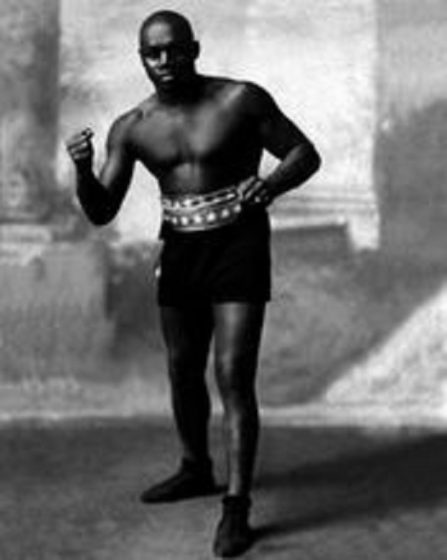 Langford was born in Weymouth Falls, Digby County, Nova Scotia in 1886. At the age of 12 he ran away from home and worked his way to Boston. At the age of 16, at 5’7″ and weighing 135 lbs, he made his professional boxing debut, winning his first fight. In eighteen months he fought and defeated Joe Gans, the world lightweight champion.  After just three years as a pro, Langford and his manager felt he was ready for the heavyweight big leagues.

In 1906, Langford took on American Jack Johnson, Negro Heavyweight Champion and contender for the world crown. It took Johnson, (who was in his prime and had both a size and weight advantage) 15 rounds to defeat Langford. Thereafter, Johnson never gave Langford a rematch for fear that he might lose his title, and when Johnson won the heavyweight championship two years later, he was even more determined to keep his title, and stayed away from Langford.

Although his weight permitted him to fight in weight divisions other than heavyweight, no champion would risk their title against Langford and America at the time had no desire to see another black champion. Langford continued to fight and was rarely defeated, but never got the title match he deserved. By the early 1920’s, Langford’s advancing blindness began to cause problems. By 1944 Langford was alone, sightless and living the life of the poor in Harlem, New York.  However, the black community after finding out his early life boxing career came together, raised a trust fund which allowed Langford to live his final days in comfort.